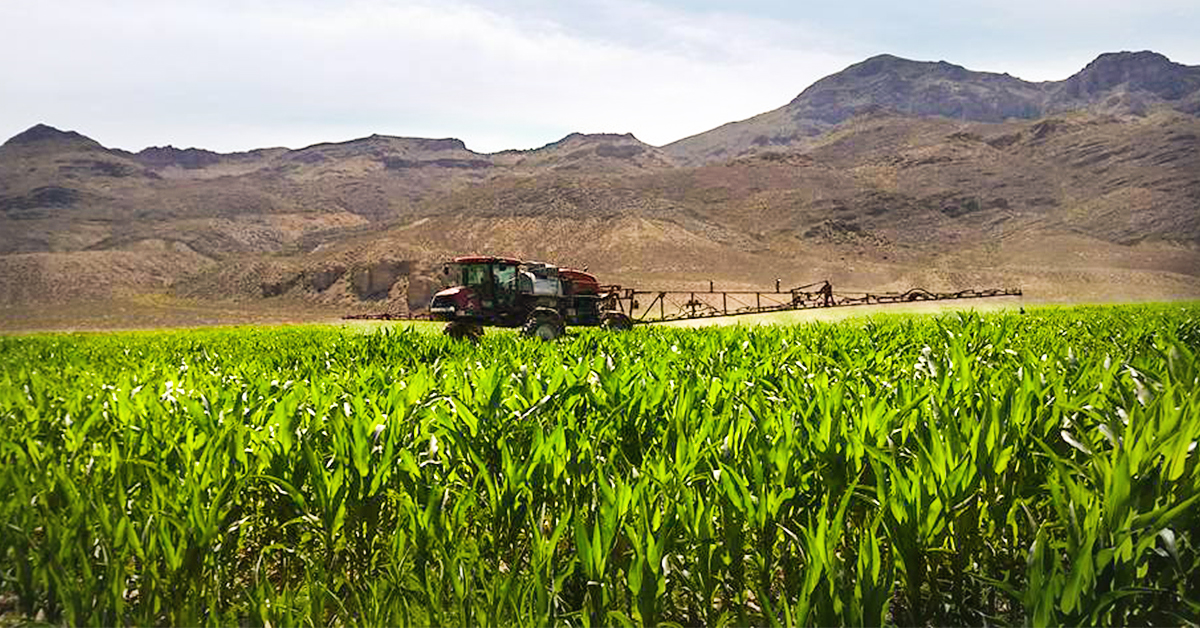 As many aspects of agriculture change, the species of pests and how we treat those pests also change. The non-native species of pests that have moved into our area have become a concern to local growers. If not properly identified and controlled, these species have the potential to cause economic dangers for the local producers.

Many of the migrating pests have very similar characteristics to species native to our area. It is essential to properly identify these species in order to determine the most meaningful control methods available.

Currently, some of the most critical identification needs are the spotted wing drosophila, the brown marmorated stink bug (BMSB) and the clover root curculio. These particular species look very similar to native species, but respond differently to the traditional treatments. Without proper identification of these pests, the control methods may not be effective.

The spotted wing drosophila was first detected in Utah in August 2010. It can infest a variety of crops, primarily fruits and vegetables. It is particularly harmful to softer skinned fruits and vegetables as well as later ripening fruits. The introduction of the species in other states had devastating effects to cherry and berry production. In some cases, they have cost producers nearly all the crop in one season.

How to identify the spotted wing drosophila

It is very difficult to identify the spotted wing drosophila because of the similarities to other vinegar flies. However, the male drosophila has a dark spot at the top the wings. The defining characteristic of the female is a serrated ovipositor that allows her to lay eggs into the fruit before it is fully ripe. This adds to the potential for damage to the grower’s crop because infestation can happen earlier in the season than with native fruit flies.

It is not necessary to begin control methods prior to detection of the spotted wing drosophila, but monitoring is recommended to determine if control is needed. There is a variety of commercial and homemade traps available to successfully monitor for infestation.

If detected, chemical control is necessary to preserve the marketability of the crop. Control methods need to begin early and continue through post-harvest if unharvested fruit remains on the plant.

There are multiple control methods available on the market. The method selected for treatment should be based on the crop that is affected. In addition, cultural practices can be altered to help control the pest, such as earlier harvest schedule or covering the crop with a fine net prior to infestation. Most growers using a commercial chemical control find it requires a timely, and possibly, more frequent chemical application to maintain acceptable control.

The brown marmorated stink bug (BMSB) has the potential to become a problem throughout the region because it’s potential to affect many different crops. In other areas, it has been found to be damaging on crops varying from sweet corn, fruits, vegetables, and nut crops.

In addition to agricultural production fields, the BMSB has been identified in the urban settings on ornamental plants. For instance, Catalpa, an ornamental tree, is one of the host plants in Utah where BMSB has been located. The mature species congregates on host plants and buildings causing a nuisance for homeowners. BMSB feeds on many different plant parts including stems, buds, and leaves, but prefers reproductive structures such as fruits and seed pods. Currently, the damage commercially is minimal, however, BMSB is beginning to affect Utah crops.

There are many different stink bugs found in the region, but identification of BMSB is important because of the potential harm this particular species may inflict. The body shape resembles a shield and is approximately 5/8 inches long. 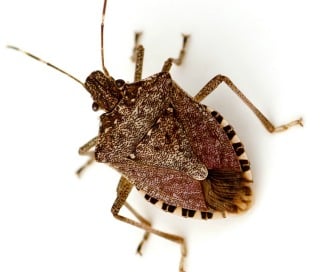 Some distinguishing characteristics of BMSB are:

Though the body shape changes throughout the nymph cycles, the identifying characteristics listed above remain the same. Egg masses will be on the underside of the leaf in small clusters of 20 to 30 eggs. The triangular shaped egg burster on the head of the developing nymphs is visible through the egg shell.

The ability that the BMSB has to use multiple host species make it difficult to monitor and control. The adults become less active in fall (September to October) and become more active in the spring (April to May). As the weather changes in the fall, the adults often congregate seeking shelter in residential areas and other buildings.

The cooler season is a good time to identify the species because they are congregated and less active than when they are dispersed in the summer months. Although difficult to locate in warmer months, consistent monitoring is advised throughout the growing season.

Producers of stone and pome fruit, as well as berries, vegetables, and sweet corn should actively monitor for BMSB continuously. If crops become infested, chemical and cultural controls are recommended.

The clover root curculio is an emerging species of pest that may be damaging to the alfalfa crop. Fortunately, this species has not been a major concern economically in our region, but is being studied as a potentially damaging species.

In general, clover root curculio does not usually cause major damage unless the infestation is on a young or seedling stand of alfalfa. However, as with other weevil, much of the damage to the alfalfa plants are caused by the clover root curculio larvae rather than the mature species. The larvae feed on the developing roots and fine root hairs of the alfalfa plant making the underground feeding not readily apparent for identification. Lack of identification can result in heavy damage and thinning of the stand.

Because of the similarities, adult clover root curculio are easily mistaken for the adult alfalfa weevil, but do have defining characteristics that set them apart.

The larvae look different as well. The clover root curculios larvae are cream in color with a dark brown head; alfalfa weevil are green with a black head.

Clover root curculio has not been a major problem yet, however it is a pest that growers need to be conscientious of. Monitoring for clover root curculio is difficult because evidence of infestation occurs after damage to the alfalfa stand.

To identify if the pest is evident, producers should monitor the alfalfa root health. Commonly used weevil insecticides are beneficial in controlling the adult stage of the clover root curculio. However, currently the larval stage appears to be unaffected by chemical controls.

In conclusion, the migration of non-native species of pests to this region brings a unique set of challenges to the producers. As the changes occur, monitoring and control programs will need adjusting.

The initial step in determining changes of control programs is the proper identification of the encroaching pests, followed by the adoption of monitoring programs and changes in control procedures. Agricultural pests will continue to change, but with those changes comes opportunities to be better managers and stewards of the land.

Written by Todd Tolbert, CCA, and originally published in the IFA Cooperator magazine (vol. 84, no. 4) Winter 2018. Todd is a Certified Crop Advisor (CCA) for IFA in Spanish Fork, Utah.