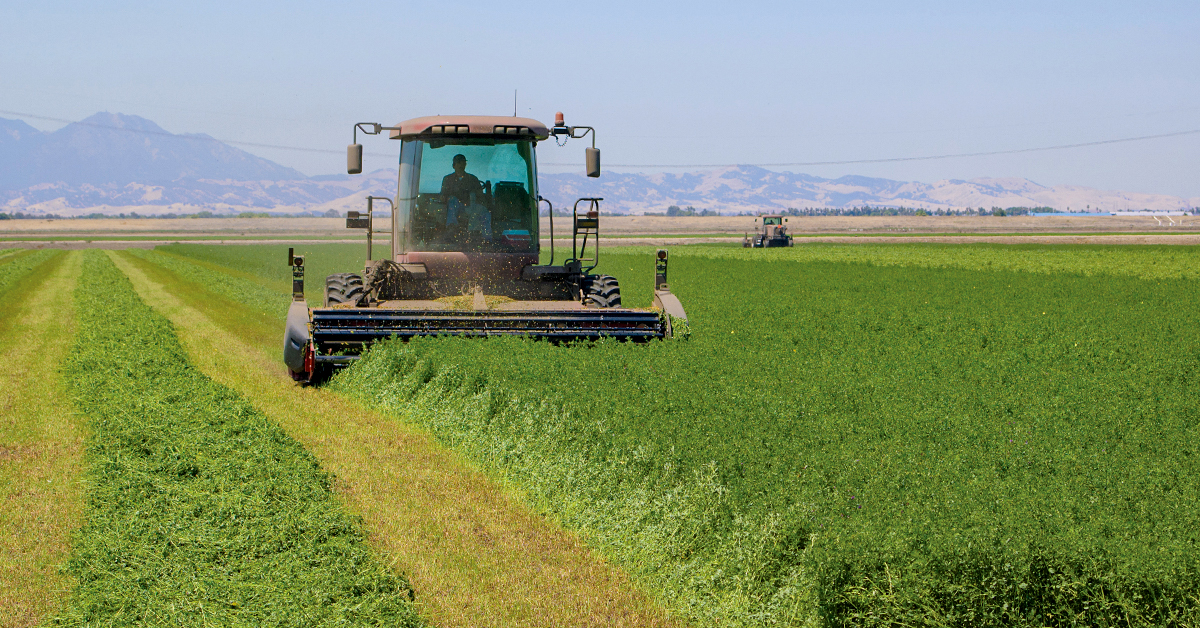 As the summer season winds down, it is a great time to evaluate your stands of alfalfa and make decisions and plans for crop rotations. With high fertilizer and fuel prices this past year, many growers opted to leave stands of alfalfa in production rather than following their planned rotation schedule. This decision may result in reduced yields if the stand is old and declining in production, reducing overall profits on these acres. However, with uncertain water resources and high input costs, the decision to delay your crop rotation could possibly be the best choice for your farm.

There are many factors to consider when deciding if it’s time to rotate your fields out of alfalfa. All too often, a stand is left in production until it shows a drastic reduction in yield. This yield reduction is a great indicator that your stand needs to be replanted, but it also means you have lost significant profit with this large drop-off in production. Years like this one that started cold and slow, followed by hot and dry conditions, tend to stress out plants and can cause a decrease in production. Other challenges like high fertilizer and crop protection prices can also lead to decisions that negatively impact yields and profitability.

With all of these factors influencing your yield potential, it is critical to look at your overall stand health rather than simply waiting for it to die off before replanting. Stand counts and soil tests are two of the easiest ways to evaluate the health and potential of your alfalfa stand before you see a loss of production.

When looking at plant population, Penn State suggests that a newly established field should have more than 25 individual plants per square foot. As the stand ages, the number of plants per square foot naturally declines due to autoallelopathy, or the production of a chemical by alfalfa plants that inhibits the growth of other alfalfa plants, sometimes referred to as auto toxicity. This natural thinning of a stand of alfalfa will reduce your yields and allow openings for weeds to establish as time goes on.

Not many growers carry around tape measures or hoops that are a square foot in diameter, but we do have ball caps that surprisingly have a surface area of half a square foot, including the brim (this does not apply to cowboy hats). To estimate plants per square foot, a grower can throw their hat randomly into the field and count the number of plants it covers. If the hat covers fewer than two or three plants, the stand is too thin and should be rotated.

You can also use PVC pipe to easily make a one-square-foot frame that can be randomly thrown into the alfalfa to make the same measurement. The key is to randomly throw your measuring tool and do it several times, averaging the measurements together, so you don’t base your decision on one measurement that happened to land in the best or worst part of your field.

Also, we need to look at weed pressure when evaluating an alfalfa stand and looking for other indicators of the stand’s health. If weed pressure is high or appears to be getting worse, it could be time to remove the stand. If there are diseases or insect pressure indicators, it also could mean you need to consider removing the alfalfa and moving to a rotation crop. All of these factors need to be looked at together to help you make your decision. High insect pressure alone doesn’t necessarily tell the entire story, so you need to consider all of these things when deciding if you should rotate out of alfalfa. 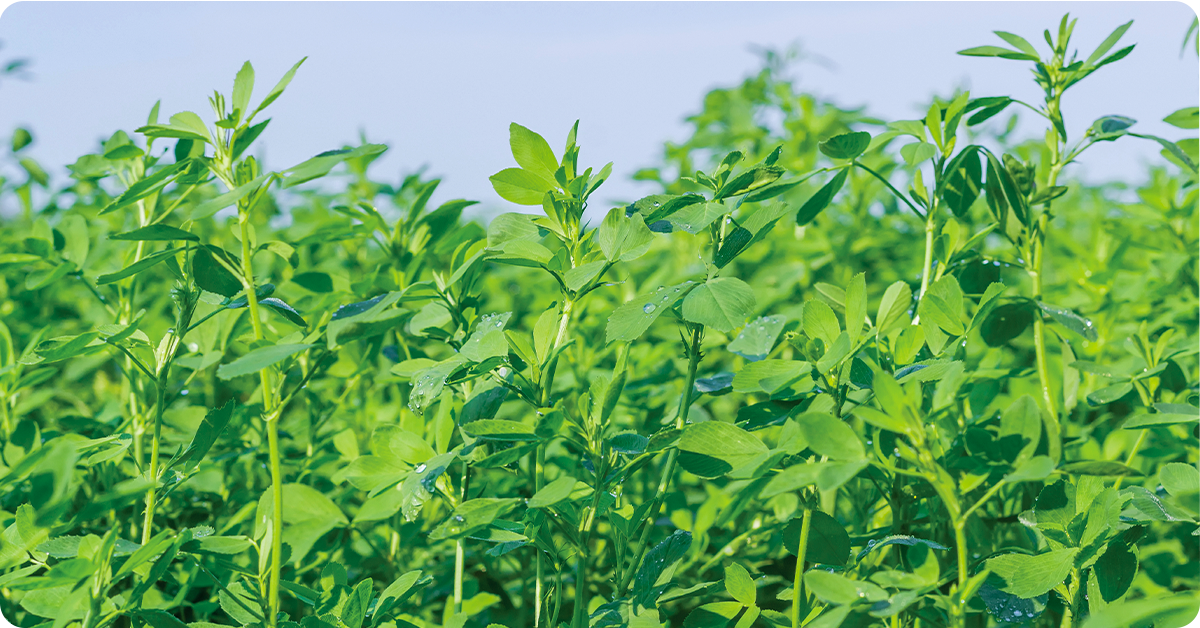 When to Over Seed an Alfalfa Stand

Many growers will try and over seed a thin stand of alfalfa to get one more year out of it. It is possible to stretch the life of a declining alfalfa stand by over seeding with cereal grains such as IFA’s Prosper 3-Grain Forage Mixture (Prosper 3-Way), or grasses such as annual rye, orchard grass, or perennial ryegrass; however, we don’t recommend that you try to over seed with alfalfa.  As mentioned earlier, auto toxicity can be problematic for the new alfalfa plants, and most could die soon after germination.

When deciding what crop to rotate to, it is good to plan on a rotation that takes you out of alfalfa for one to two years. Whether rotating to a cereal grain crop or a cereal forage crop, this will allow time for the auto toxins to dissipate in the soil and give you some weed control options that you cannot use when the field is in alfalfa.

Cereal forages have become very popular over the last few years. Prosper 3-Way has excellent yields, and those who have fed it to their livestock love it and plant it every year. It is a high-yield blend of oats, beardless wheat, and beardless barley that creates a balanced nutrition source without the risks of nitrate poisoning (prussic acid). It has excellent palatability, and cattle have shown a dramatic preference for Prosper 3-Way over other forages.

With high production costs, you need to make sure your alfalfa stand is producing at maximum levels to ensure your operation is profitable. As always, for assistance in evaluating the health of your alfalfa stand or for more information on Prosper seed, reach out to your local IFA crop advisor.