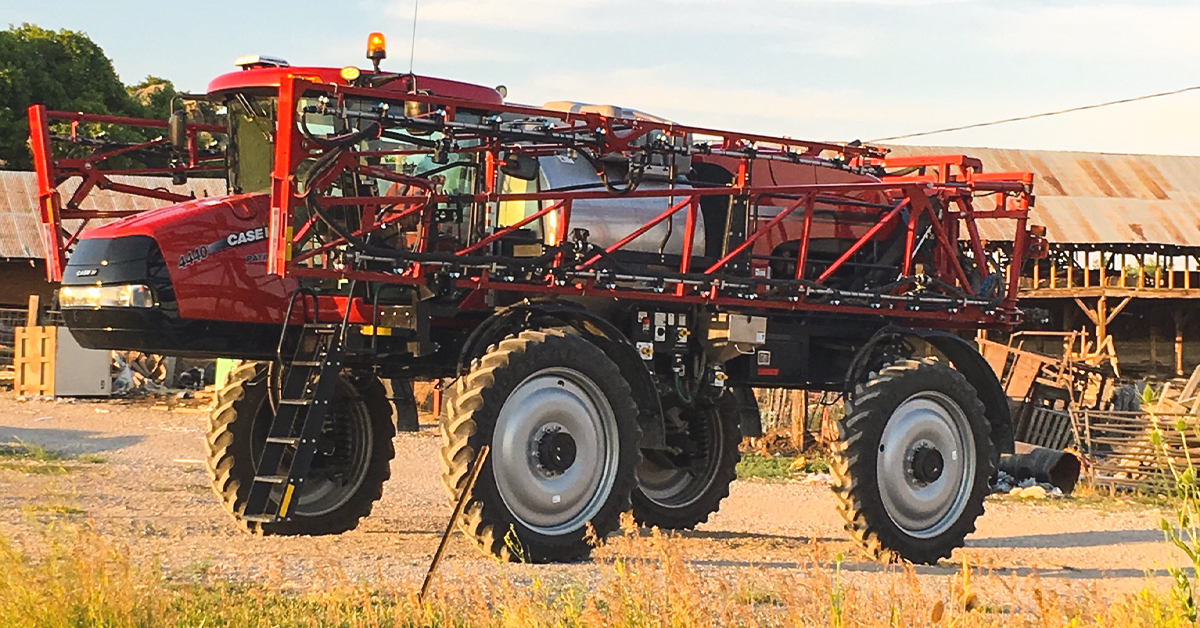 When it comes to plant nutrition, do we truly understand the fundamentals of how a plant grows, what it needs, and when? By understanding the basics, we can better know what will work on our specific farm and what changes would be beneficial for our operation. Let’s examine each nutrient, where it comes from and what it does for us.

At its most basic, the reason we farm or garden is to use the process of photosynthesis to produce sugars that can be stored, sold, fed or eaten.

The formula for sugar is C-6, H-12, O-6, the building block of most of our farming processes. Whether it is a truckload of corn, a bushel of wheat, a bale of hay or a bin of cherries, we are putting together carbon, hydrogen and oxygen in a plant leaf to produce a sugar that can we can use or sell. It’s better living through chemistry.

The backbone of the sugar molecule and is taken out of the air by the plant. While CO2 in the air may get blamed for Global Warming, it’s essential for plants to grow.

Needed to create sugar and comes almost entirely from water.

The third of the structural nutrients and comes to the plant from many avenues – air, water and other molecular components. While plants do produce oxygen when they respire, they also consume it in internal processes.

When these nutrients are put together, they form sugars that link together to form carbohydrates. Then, other nutrients are added to form lignins or proteins, and pretty soon you get a plant that we can begin to manage for production.

What is the most important plant nutrient?

The most important plant nutrient varies because it is the one that is most limited, most of the time that nutrient is WATER. Checking and maintaining adequate soil moisture in the field is always the best place to start.

Other than water, these are the nutrients we have the most opportunity to control and are used in the greatest quantity. They are the fertilizers that “Help(ing) You Grow the Things You Love.”

A key component of plant proteins and is also critical for chlorophyll production. Nitrogen makes plants green, and a deficiency usually shows up as yellow or pale green plants. Nitrogen also has several nutrient forms that can be finetuned to increase its efficiency to plants or reduce its losses to the environment. Your IFA Crop Advisor can help you in tweaking a nitrogen program.

Used in the energy transfer system during photosynthesis, in fruit and seed formation and also is instrumental for root formation. Deficiencies often show as stunted, dark green plants, small fruit and an unthrifty appearance.

Read more about The Major Role of Phosphorus

Often the “Traffic Cop” of the plant, as it has a regulatory role in many plant processes. It plays a vital role in regulating water uptake, transporting nutrients across cell membranes and regulating the leaf stomata that exchange gases in the plant. A great deal of potassium is removed in forage crops like alfalfa hay, corn silage and 3-way forages.

Check out our article on The Regulating Power of Potassium

Often thought of as a secondary nutrient, but is needed to produce many amino acids along with nitrogen. It is also needed by legumes to fix nitrogen from the atmosphere and plays a role in flushing salts in our alkaline soils. Deficiencies often show as yellow NEW leaves, as sulfur is not as mobile in the plant as nitrogen.

The Best Time to Apply Fertilizer

If there was only one opportunity in a crop’s life to apply fertilizer, before planting would be the time. But to maximize efficiencies in production, a split application is most often recommended.

Nitrogen will almost always benefit from multiple applications. Phosphorus is needed at planting for root development, but also between cuttings of hay for better production. And potassium can be broadcast pre-plant on all crops, but on alfalfa, some should be held back and applied after the first cutting, to avoid luxury consumption.

A consultation with your IFA Crop Advisor is a great place to start when fine tuning your fertilizer application program.

The Best Way to Apply Fertilizer

Broadcasting, whether by truck, cart, sprayer or in the irrigation water is the most widely used and is often the easiest method of application. It places all of the nutrients uniformly on the field for the plant’s roots to find. Broadcasting is very effective for pre-plant fertilization, especially for nitrogen, potassium and sulfur.

The efficiency of phosphorus can be improved when it is applied at planting time in a band with the seed. Banding facilitates early root development, which is especially important for early plant growth in cold soils in crops such as corn.

IFA has a great network and sources of knowledge with crop advisors covering the whole Intermountain region. They communicate on a variety of crop problems and are finding solutions to problems and concerns you may not be having in your area yet.

If you’re experiencing something unique to your area or operation, you can bet that IFA has the resources to help with experienced crop advisors who also advise one another. Let us help you.

Find an IFA Certified Crop Advisor in your area

Written by Jeff Stevens, CCA, and originally published in the IFA Cooperator magazine (vol. 84, no. 3) Fall 2018. Jeff is a Certified Crop Advisor (CCA) with IFA Garland.