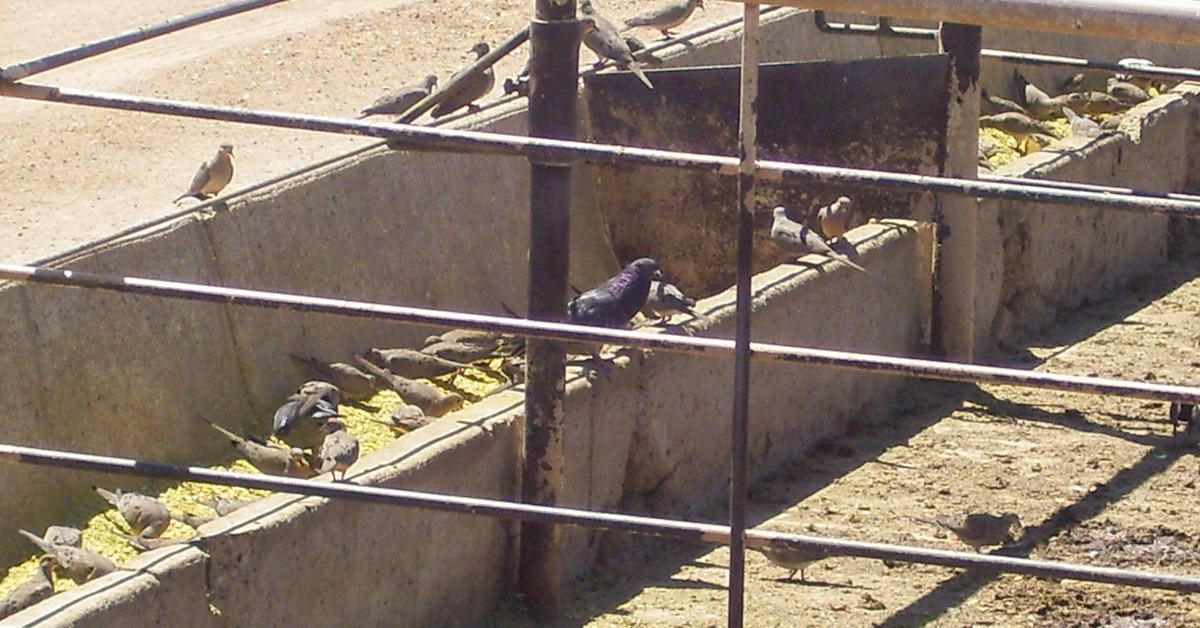 Years ago as a graduate student, I observed birds of various species causing problems and challenges for many dairy operations. The thousands of birds at the university feed yard were specifically a cause for concern.

Many feedstuffs were in open feed bunks and open to the environment all day while cattle were in the yard with the birds preying on their feed. To a lesser extent, likely affected by the space availability within the bunk because of the number of birds, the ground squirrels also caused their fair share of problems.

As I looked into the research, the effect of unwanted birds on an operation became more apparent. The consequence of starling swarms on crop revenue is staggering. One analysis estimated total damage to U.S. agriculture from starlings to be a half billion dollars per year.

Various research suggests a single infestation of birds can lead to thousands of dollars lost due to direct feed loss and herd health issues after a disease out break. Others estimated that the transmission of Johne’s disease from birds to cattle is approximately $225million per year. A few years ago, a Washington dairy survey reported$14 million lost per year due to pest birds.

The potential of feed loss due to even a small excess of birds on the farm can affect not only available nutrition to the operation, but also increase operation costs. Birds Have the ability to both take feeds from the feed bunk—which can be upwards of a tenth of a pound of feed per bird per feeding—but also leave disease-harboring fecal matter in the feed bunk and surrounding structures.

Although The presence of a few birds may seem insignificant, keep in mind that there are several species frequenting the farm, and they're all there to take something from the operation.

The available research did not fully address the nutritive losses, so I gathered up a few of my colleagues and performed a few research projects. The first project investigated actual feed loss in the bunks; both for various diet rations as well as individual ingredients.

Birds in the Feed Bunks

Over the span of five weeks, diet samples taken out of feedlot bunks and calf feeders at certain times of the day were analyzed for nutrient values. At the same time, individual feeds and feedlot ration samples were placed in an open feed bunk and left alone for 24 hours.

In the cattle bunks, starch content dropped by a third. In the open bunk where only birds had access, starch dropped by over 80 percent. This suggests that birds can potentially take a quarter of the starch—i.e. corn—out of a feed bunk when cattle are present.

This Is the potential, but the likely 24-hour period take from birds is probably more around 10 percent when a few thousand birds represent. In the calf hutch portion, a third of the starch concentration was gone within eight hours after feeding.

Individual ingredients showed a major preference of the birds to the corn (rather than the other non-grain feeds) regardless of processing type, but they also preferred sorghum to any type of corn.

Birds on the Dairy

The next project was at a commercial dairy experiencing bird depredation. We collected over a hundred birds between early morning to late afternoon and analyzed crop contents to see what they were choosing to scavenge.

We found that birds were taking mostly from the dairy, but they were also supplementing from other operations and weeds. The birds were eating mostly corn and almonds (almond hull pile) but were also eating wheat and sorghum, (items not used on the dairy in which the birds were collected) and wild sunflowers. However, about 75 percent of their diet came directly from what the cows were supposed to be getting.

How Birds can Affect Weight Gains in Livestock

For the final part of our research, we looked at potential growth loss in feedlot cattle exposed to bird depredation with one group of pens exposed to birds, and a second group with feed bunks encased with wire to allow only cattle access to feed in the bunk.

Despite our best efforts to lock out the birds for the second group, a few birds still found a way. Overall, birds managed to eat more starch when not blocked from the feed bunks. Cattle that had feed bunks protected gained more efficiently, with cost of gain approximately $7 less per 100 pounds of body weight against those cattle that were eating alongside the birds. 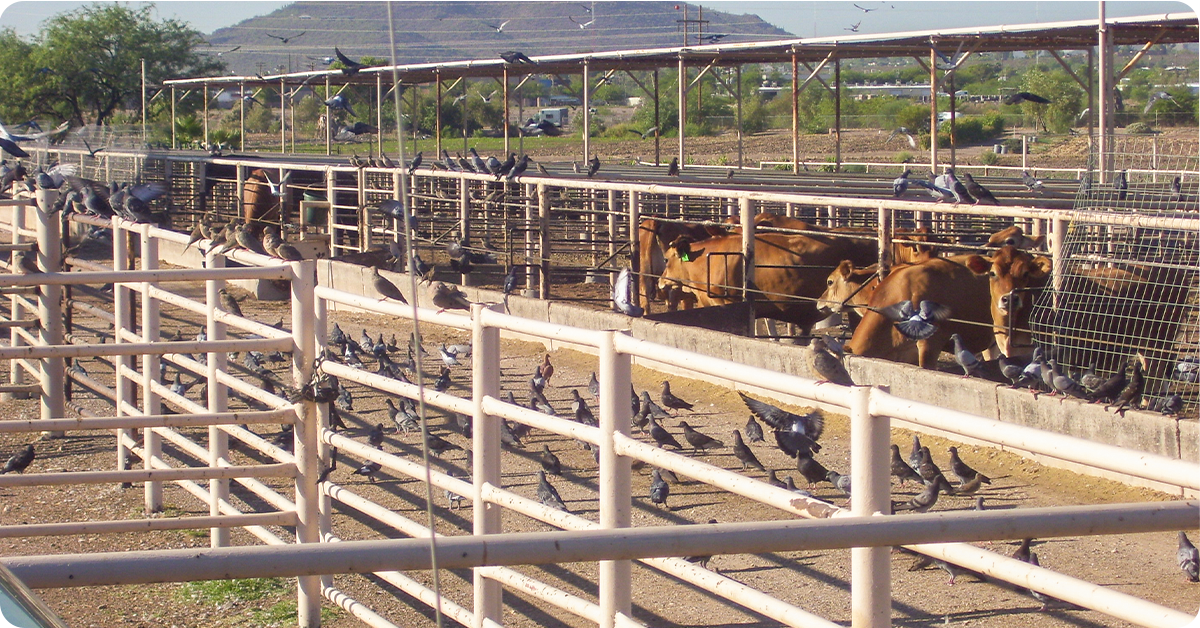 Impacts of Birds on Your Operation

So what does this mean to your operation? Birds take feed out of the bunks and out of your feed storage, thus reducing feed efficiency in your animals and increasing your feed shrink.

They increase facility upkeep costs by destroying facilities and deposit fecal matter that your animals may ultimately ingest. Birds can be problematic in any quantity, so you have to decide if their presence is really affecting your operation and if the cost of reducing their presence is worth the production gained.

Unfortunately, there is no cure-all or simple project when it comes to bird pest control. The USDA labeled the starling as an invasive pest. Because of this designation, starlings have no federal protection on your farm, so as long as you stay on the right side of all other laws, exercising your best judgment on how to get rid of them is considered acceptable.

Pigeons are somewhat protected, depending on the municipality. However, sparrows (the tiny little tweeting birds), any variant of dove (Mourning or Eurasian Collared), seagulls, all blackbird species (raven, grackling, redwing, etc.), and pretty much anything else (songbirds) are protected under the Migratory Bird Act. That means you cannot remove them forcibly, but you can bother them enough to keep them away.

And that is the trick. Make it so insufferably difficult for the birds to justify dealing with the cons of staying off the farm versus the pros of staying on it. Aromatics, spinning flashers, sprinklers, removing any opportunity for them to nest onsite or even a farm worker constantly yelling at them can all help drive birds away.

How Can We Help

Bird infestation can be a resident or seasonal thing, so it is best to be proactive before the issue becomes a major problem. Stop by your local IFA Country Store or reach out to one of our nutritionists for help formulating a management plan.

Send us your questions and get answers delivered to your inbox