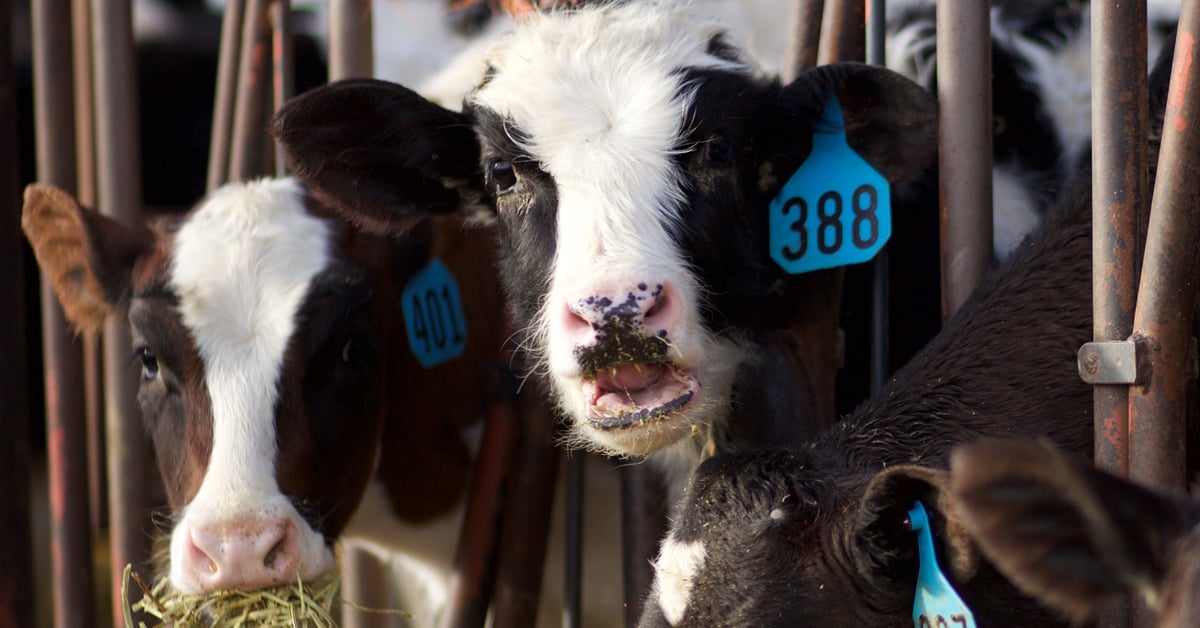 A calorie is simply a measurement of how much energy is in a substance. In human nutrition, we are in the habit of only counting the calories that we can use. So, as you look at the nutrition label of a salad, it is pretty low in calories; however, if you fed that same salad to a ruminant, they would be able to access a much higher number of calories. The true measurement of a calorie is the energy required to raise the temperature of 1 gram of water 1 degree Celsius. In humans and other mono-gastric animals, many calories go undigested. A lot of variables can affect what goes undigested in a cow.

The densest source of calories is fat. Fats have more than two times as many calories as carbohydrates or proteins per gram. But like you and I, a cow has a limit on how much fat she can eat. I know if I overdo it in this category, I don’t feel well. The same is true for cows. Fat is an expensive ingredient and isn’t “grown” or abundantly available in the Intermountain West. Typical sources are palm fats from Indonesia or Malaysia, oilseed sources from the Midwest, or tallow. Fat is an important but small part of a high-producing cow’s caloric intake.

Carbohydrates are the largest component of caloric intake, with fiber, sugar, and starch all classified as carbohydrates. Fiber forms the largest and slowest pool, while sugar is the smallest and fastest pool. By the official definition of a calorie, 1 gram of fiber, 1 gram of sugar, and 1 gram of starch all contain the same number of calories. But if a cow isn’t able to digest one of these carbohydrates, it won’t provide her with any calories. Sugar is basically always 100% available, fiber has a wide range and rate of availability, and while starch is often quite digestible, a lot depends on the rate of passage.

Corn is primarily starch, and all similarly sized kernels of corn have the same amount of energy, BUT how accessible that energy is can drastically affect how much is used. Young calves, and even many beef cows, can eat whole or barely cracked corn and utilize it quite well. However, if you feed whole corn to a milking cow or feedlot animal, it comes out about the same as it went in. The symbiotic relationship between the cow and the microbes in her rumen are capable of digesting many things. However, with the volume of feed that milking cows or feedlot animals consume, they simply do not have enough time to fully digest all the feed they have eaten. A milking Holstein cow eats 50+ pounds of dry matter every day, while a dry Holstein cow that weighs the same amount only eats 25+ pounds of dry matter. To move that much more feed through the same animal, it has to move faster. Time then becomes an essential part of digestion in a milking cow. So making feeds more digestible in a shorter period of time give the cows access to more calories and makes the feed and the cow more efficient. In a previous article, I talked about fiber digestibility and lab analyses. Many variables can impact fiber digestibility, such as crop maturity, seed variety characteristics, and heat stress. Starch digestibility also varies depending on physical form as well as cooking or ensiling. 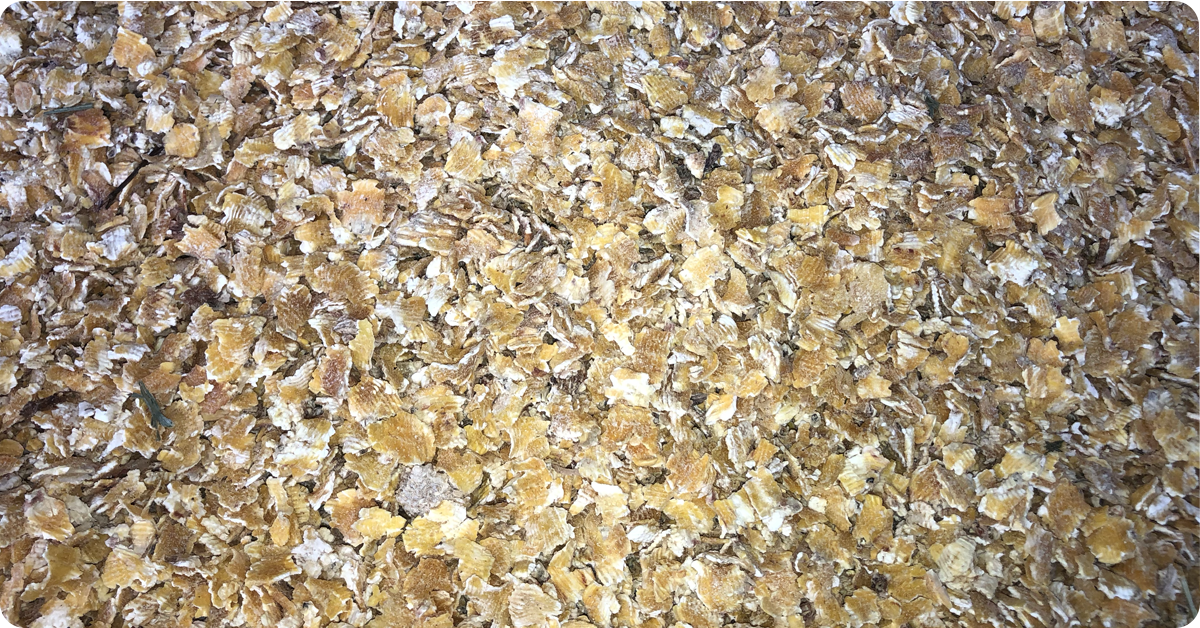 Grains have a hull that protects their starchy center. The first step in reducing the time to digest a kernel of corn is to expose the inside by damaging the protective hull. When making silage, a kernel processor performs this task. The kernel processor damages each kernel or shatters the kernels leaving them open to the fermentation process in the silage pile and the microbes in the cow’s rumen. Grinding high moisture or dry corn also opens up the kernel and exposes the starch to the digestion process. Over the past several years, I have also seen the adoption of earlage (or snaplage) by many growers and dairymen as it expands the harvest window and uses much of the same equipment as making corn silage. Earlage is making silage out of only the ear of corn, including the cob, kernels, and husk. It is chopped and doesn’t require a corn dryer or a combine. It is important to follow sound silage-making principles, such as harvesting at appropriate maturity and moisture, using a well-serviced kernel processor, packing the pit tightly, using an inoculant, and covering the silage well. I would also recommend using Alltech Mold Zap on the top of any silage pit or silage pile. Talk with your IFA feed sales representative for recommendations about utilizing Alltech Mold Zap. Research has shown that allowing silage (or earlage or high moisture corn) time to “cure” for at least 30 days increases starch availability. Waiting at least 30 days past the time of harvest for this “curing” period will give you more bang for your buck when feeding ensiled feed.

The best way to access the calories locked inside each kernel of corn is to steam-flake it. The steaming process softens and cooks the corn. The flaking process then greatly increases the surface area, allowing microbes greater access to the starch. The steam and flaking together also shear the protein matrix, which can improve the digestion rate. Grinding is only a physical change, while ensiling and steam-flaking both include a chemical change allowing greater access by the microbes for better digestion. When corn is simply ground, the protein matrix remains in place and can hinder or even obstruct the digestion of the corn. If you are a grower and the growing season makes it difficult to grow mature, dry corn that can be dry ground or flaked, you may want to consider corn silage, high moisture corn, earlage—or some combination of all three.

The innovations in seed genetic technology have continued to make corn a more feasible and profitable crop in more and more areas. Corn continues to yield more “milk per acre” than other crops if there are enough warm days and water to grow it. Steam-flaked corn is a staple at IFA and can help make milk on your operation. Talk with your sales representative or nutritionist to discuss the benefits of steam-flaked corn, how to best utilize the silage products that are available on farm, or involve a crop adviser as you determine your growing plan for 2023.

Find an IFA Nutritionist or Sales Consultant in your area

Written by Robert Bowles, IFA Feed and Nutrition and originally published in the IFA Cooperator magazine (vol. 88, no. 4) Winter 2022.

Robert Bowles is a nutritionist with IFA with a lifetime of experience in the dairy industry. As a fifth-generation dairyman, Robert has been involved with and understands first-hand the needs of his fellow producers. He earned his Bachelors of Science degree in dairy science and his Masters of Science degree in chemistry from Utah State University before beginning his career with IFA in 2014.