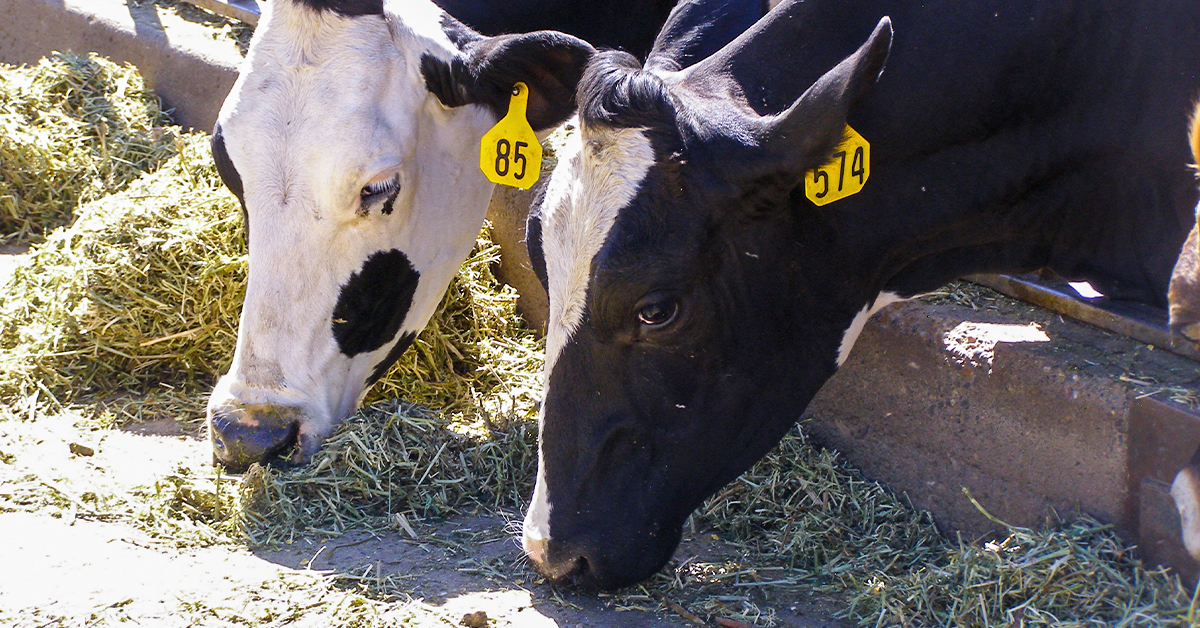 Thirteen years ago, I was pursuing my masters’ degree in ruminant nutrition at Utah State University. I spent many hours reading journal-published articles and research papers. There were certain professors/career professionals that I had the opportunity to study and use their research to better my education. One of these career professionals seemed to be more predominant in my study than others – a man by the name of Dr. Charles Schwab. He was THE leader in the industry for the study of protein and amino acids. I referred to him as the “amino acid guru.”

Learning from the Master

As I have continued my learning and study while working for IFA, I have had the opportunity to interact with Dr. Schwab at technical trainings and seminars. It has been fun to actually meet the “amino acid guru” and learn of his fun personality and passion for nutrition – kind of like meeting your favorite rock star! One of these great opportunities occurred last month at IFA’s yearly dairy production seminar.

Dr. Schwab defines amino acid balancing as “a deliberate attempt, through selective use of protein supplements and RP-AA (rumen protected amino acids), to achieve an amount and profile of absorbed AA that comes as close as possible to meeting the cows’ requirements for optimal health and performance without wasting AA.”

As you can imagine, much research and knowledge has been obtained in the last 13 years in the study of protein and amino acid nutrition. One relatively new area of study is RUP (Rumen Undegradable Protein) digestibility. There are two main sources of protein to the animal – RUP and RDP (Rumen Degradable Protein). The RDP is an estimate of feed CP (crude protein) degraded in the rumen. The RUP is the estimate of feed CP not degraded in the rumen.

Research has been fairly efficient at predicting RDP digestibility in the animal but the RUP number has been a bit more evasive. Thanks to Dr. Debbie Ross from Cornell we now have a test that gives a more accurate measurement of this number. This allows us to better meet the demands of the animal and impact performance.

The Role of Amino Acids in Ruminant Nutrition

Another interesting part of the seminar for me was learning the role of amino acids in metabolic regulation. Lysine and Methionine are still the first “limiting” amino acids, but there are six others that are showing promise in metabolic processes.

Methionine is almost always the first limiting amino acid. Lysine is usually second limiting and may become co-limiting with Methionine when low-Lysine, high-Methionine feeds are providing most of the supplemental protein (DDG and corn gluten meal). The extent of Lysine and Methionine limitation is greatest when the ration RUP is higher (7.8 percent) rather than lower (5 percent). Histidine can become a limiting amino acid on low RUP diets and has been shown to be first limiting when the diet consists of grass silage, barley and oat diets (with or without feather meal as a supplemental protein).

Written by Heidi Wayment, M.S., and originally published in the IFA Cooperator magazine (vol. 83, no. 1) Spring 2017. Heidi is a Nutritionist at Draper IFA Feed.