The Right Fiber and Forage for Dairy Cattle 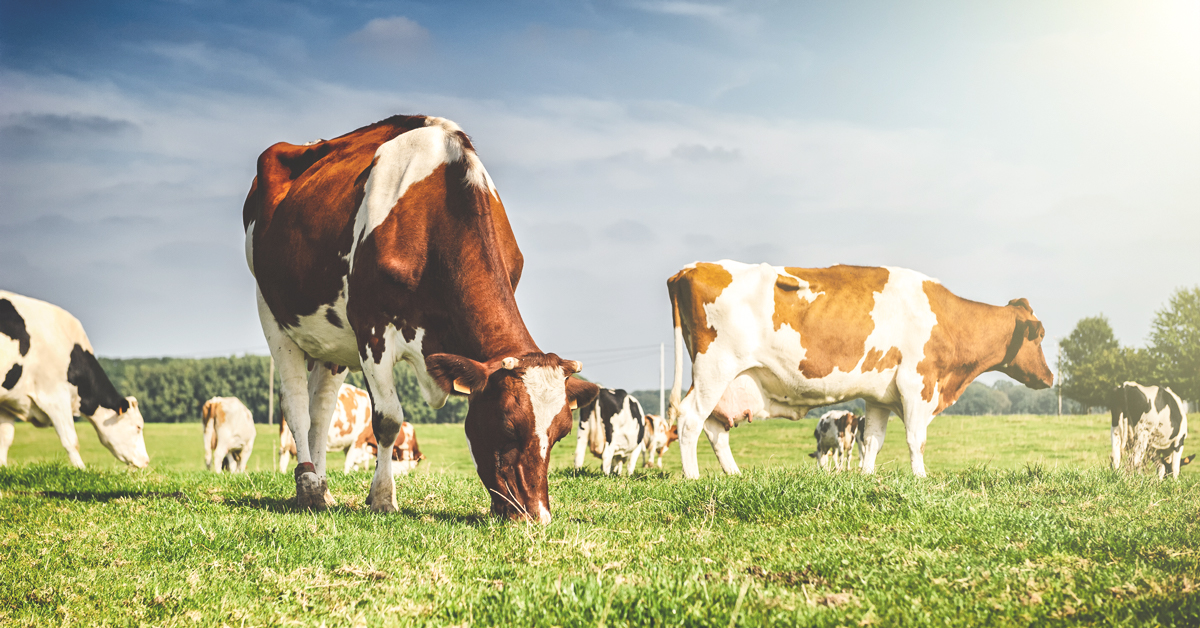 The winter months are past, the weather is warm, and forages are growing again. This is always an exciting time of year and one that affects animal production for the next year. What happens during the next few months will determine the price of forages and their ability to support production.

Sometimes we lose sight of the importance of forages in the diets of ruminants. We talk about proteins, amino acids, fats, starch levels, minerals and digestibility of nutrients. Yet forages comprise more than 50 percent of the diets of dairy cattle and greatly affect the health of ruminant animals.

At a recent seminar in California, Dr. Mike Allen from Michigan State University talked about the role of forages in dairy rations. He mentioned that grasses differ from alfalfa in that they have higher neutral detergent fiber (NDF) levels and higher NDF digestibility levels compared to alfalfa.

Because of the slower rate at which grass is digested, it is an excellent feed for close-up cows and for late lactation cows. In these cows, gut fill is not a limiting factor in dry matter intake and therefore grass fits quite nicely into rations for these groups.

In high producing cows, however, gut fill is the limiting factor for milk production and in this situation alfalfa, because of its more rapid digestion, will support a higher level of production.

High-quality, highly digestible fiber from alfalfa will result in higher peak production in most herds. That higher level of production at peak will result in more milk being produced over the entire lactation. As cows become pregnant and milk production begins to decrease, grass hay can be fed if available.

Several agronomic practices aid in the production of quality alfalfa for dairy cattle.

One of these is growing a variety of alfalfa that contains sufficient fiber (NDF) to support a healthy rumen. Very low fiber hays with a thin stem and many leaves may produce a high relative feed value (RFV) hay, but they are not going to support healthy rumens. When these high RFV hays are grown or purchased, some source of coarse hay must be fed with it or rumen health and butterfat will suffer.  Dr. Allen recommends a 40 percent NDF level with a good NDFD value of 45 percent or higher for a 30-hour test.

Cut alfalfa when it's still young

Another important practice is to cut the alfalfa at the appropriate time. Younger hay, all else being equal, will result in higher digestibility of NDF. The older the hay gets, the lower the NDFD will be and the less milk it will support. Of course keeping the field weed-free is important and adds to the final quality of the hay.

If you keep these things in mind when you are growing or purchasing hay, they will help you to be satisfied with the animal performance that results.

And if you need help figuring out the best fiber sources and ration balance for your herd, the IFA sales and nutrition team can help.

Written by David O. Jensen, PhD, and originally published in the IFA Cooperator magazine (vol. 78, no. 2) Summer 2012. David is an IFA Nutritionist at North Region Feed.