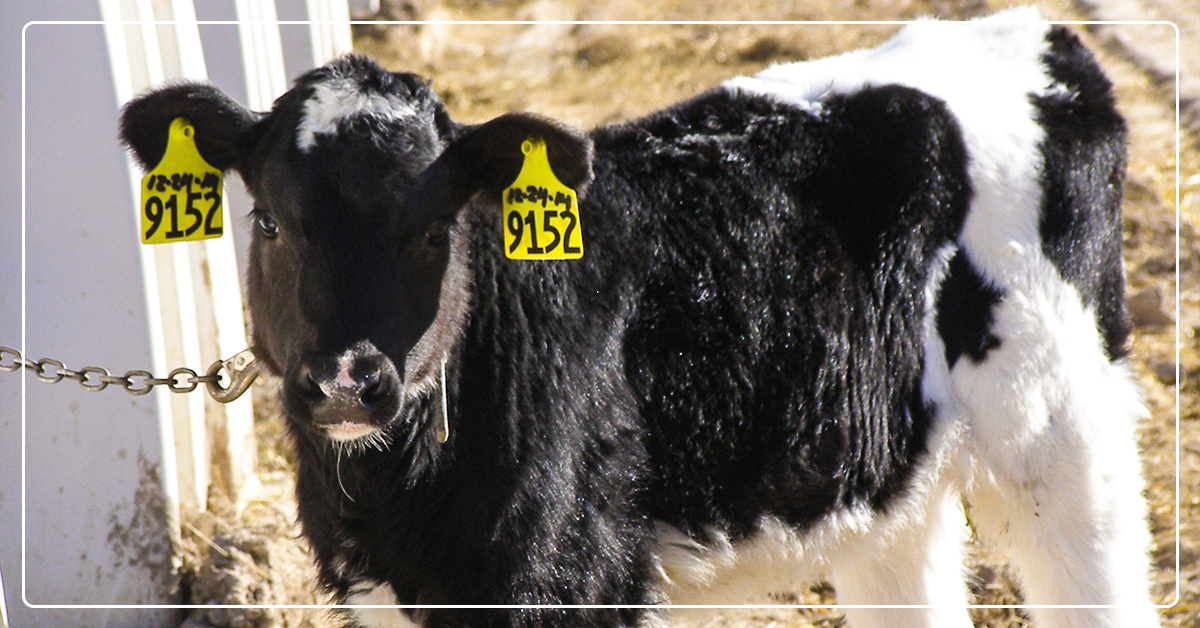 The calf is born a functional monogastric, much like a pig. This would not be a problem, except that the calf is also born anatomically a ruminant with a nonfunctioning rumen and must overcome the hurdle of becoming a functioning ruminant. This digestive shift has been described as a major stress a calf must experience.

To become a viable producing animal in any herd, the calf must overcome the stress of this digestive shift within a time period set by the producer.

In a beef herd, a calf is allowed multiple months to cross the threshold from a liquid milk diet to a straight solid feed diet. But in a dairy herd, a calf may have only a month to cross that threshold.

This article is geared more towards the dairy side, as beef calves are provided ample time to transition. It should be noted that any conventional nutrition program will promote rumen development, and modification to a current calf nutrition program is best obtained with the help of a nutritional consultant.

At birth, the rumen, as compared to the rumen of a mature animal, is underdeveloped. Calves are unable to digest forage like mature cattle, with the newborn calf dependent on abomasal concentrate digestion rather than ruminal fiber and concentrate fermentation – the primary source of nutrients in the mature ruminant.

The underdeveloped rumen allows for nutrients such as milk proteins, lipids, and sugars to be utilized directly by the calf. As rumen fermentation – microbial digestion – becomes the primary source of nutrients, the maturing calf must adapt to nutrients produced by rumen microbes, including microbial proteins, modified lipids, and short-chain volatile fatty acids (VFA).

Without the cooperation of all, rumen function potential is lessened, and proper development will suffer. The non-functioning rumen of the newborn calf begins to develop once liquid and feed - along with a microbial population – are introduced.

More specifically, short-chain fatty acids, especially VFA, have been reported to promote rumen wall growth and development. The VFA butyrate, in particular, is most effective in causing rumen growth as compared to the other common VFA, propionate and acetate.

Milk entering the rumen may introduce microbes into the rumen. However, milk ingestion is also related to dry feed intake, which is known to introduce large quantities of microbes to the rumen. It is suggested that dairy calves be fed no more than 20 percent of body weight in milk per day. Limiting milk intake before the weaning process is started, however, is not suggested, as it will promote negative effects including low weight gain and increased risk of disease.

In terms of productivity, a correlation between higher pre-weaning weight gain to higher first lactation milk yield in dairy cows as well as higher long-term productivity in dairy heifers fed adequate milk as calves have been reported.

Inclusion of fiber into a calf starter will promote rumen growth while limiting over-acidification from concentrate fermentation and excessive callusing of the rumen wall. Grass and alfalfa hay are often used; however, beet pulp can also be used as it is more palatable and promotes greater intake.

Level of forage is debatable, and butyrate is not the primary VFA produced from fiber fermentation. Because concentrate fermentation (starch, etc.) produces a larger quantity of the required butyrate, forage should be lower than 20 percent of the diet of the dairy calf.

Forage should not be over-processed, with ground hay showing negative effects in rumen development. However, bulk alone does not promote development, regardless of the scratch effect theory of solid feed scrubbing the rumen lining and coercing growth. Non-fermentable objects such as nylon bristles, plastic sponges, and plastic cubes have been reported to have no effect on papillae development, but bulk is capable of increasing rumen mass.

Fermentation of cereal grains within the developing rumen has been shown to improve rumen development over forage alone. However, not all grains or processing of grains are the same.

Cereal grains package starch differently and ferment at different rates. For instance, oats, barley, and milo are nearly digested by rumen microbes (up to 90 percent), whereas corn is digested less readily in the rumen (as low as 60 percent). In providing the greatest amount of energy, corn and wheat are superior, but all grains are capable of providing the required energy.

These estimates are based on trials feeding mature ruminants and does not imply that faster is better. For example, feeding ground corn will increase callusing due to rapid VFA production “burning” the rumen wall, which can limit rumen development and fermentation efficiency. Fine particles, including ground grains, are also known to discourage calves from feeding.

Although ground grains produce the quickest and greatest fermentation in the developing rumen, this uncontrolled fermentation also leads to stunted rumen functionality. Most experts agree that heavy-bushel steam-flaked “bump” corn has the greatest balance of rumen fermentation and development, followed by cracked corn, to effectively control both rumen development and calf development.

The ultimate goal of any calf nutrition program is to lay the groundwork in developing a calf to become an efficient feed converter and viable member of the herd. Understanding how the rumen develops and managing feed inputs to control this development can greatly affect this outcome and raise the potential of any ruminant.