The Best Egg Laying Chickens: A Guide to Egg Production

There is absolutely nothing better than a farm-fresh egg, whether from a local market or your own backyard, the taste and nutrition from fresh eggs is worlds beyond the average grocery-store fare. When hens are raised with great nutrition you can literally taste the difference in the eggs.

We’re not going to lie, it is work, but it’s so worth it. The only real downfall is from here on out you will become a grocery-store egg-snob after tasting your own omelets. Still on-board? Then let’s get started.

How Many Eggs Do Chickens Lay?

It depends on the breed. On average, a good layer reliably produces around 250 eggs a year for 2-3 years. Some hybrid breeds, like Rhode Island Reds have been known to lay up to 300 per year, while a Buff Orpington averages around 180.

Egg production is also influenced by environment, diet, comfort, and age, and choosing the right breed depends on your preference for whether you like white, brown or rainbow eggs, if the chickens are for laying-only or raised for meat as well, and even their temperament.

When Do Chickens Start Laying Eggs, and For How Long?

Chickens typically begin laying eggs around the 18+ week, mark but can take as long as 32. And prime egg production usually lasts between 2–3 years, with many chickens laying one egg every 24 hours depending on breed. They do take a pause on producing around the fall season to molt, but will resume after new feathers have returned, usually 6–12 weeks after molting begins.

If a chick hatches late in the season (after May), they may not lay until the following spring; chicks hatched earlier in the year will lay around mid-summer and those hatched in the fall will start producing by the following February.

Now, it’s time to choose your chickens. Whether you prefer white, brown, or really hoping for a basket of Easter eggs, prefer medium grade to large, or looking for a lap chicken, here are the best breeders for what you’re looking for.

Don’t be alarmed if there’s a rainbow in your coop. Egg colors can vary, it’s natural, they have no relevance at all on texture or flavor, and only seem odd because we’ve become so accustomed to the limited white and brown options at our local stores.

These lovely hues are based on genetics, not the hen’s diet or that there is anything wrong with the egg. If you are interested in the more playful hues, try raising Easter Egger chickens who commonly produce sky blue, green, pink and cream eggs or Olive Eggers, Cream Legbar and Ameracauna for pastel shades of blues and greens.

Now you’ve chosen your breed, we need to turn those girls into happy, healthy egg-producing machines. To get the best tasting eggs, it’s logical that you have to put good food in first. This is why it’s important to start with a nutrient-dense feed from the very beginning. And when it comes to the ‘right’ feed, it’s not one-chicken-fits-all.

As a child you ate baby food, but as an adult your body requires different sustenance to perform. With chickens, it’s the same. Their food should grow and change as they do. As chicks, their feed should contain complete proteins, amino acids, vitamins and minerals to set up a good foundation of overall health and promote growth. A good example of this type of complete, balanced feed is IFA Chick Starter.

As the chicks age into pullets after 8 weeks it’s time to switch to grower feed, which has lower protein and calcium but added Omega-3s and nutrients to bolster healthy development and get chickens primed for laying. For this stage we recommend IFA Pullet Developer.

Finally around 18–20 weeks we reached the ‘layer stage’, this is the time to transition to layer feed—easy to remember—which contains higher levels of calcium and protein found in IFA Premium Poultry Layer Crumble. This nutrient combination leads to healthier eggs, digestive systems and boosted immunities. 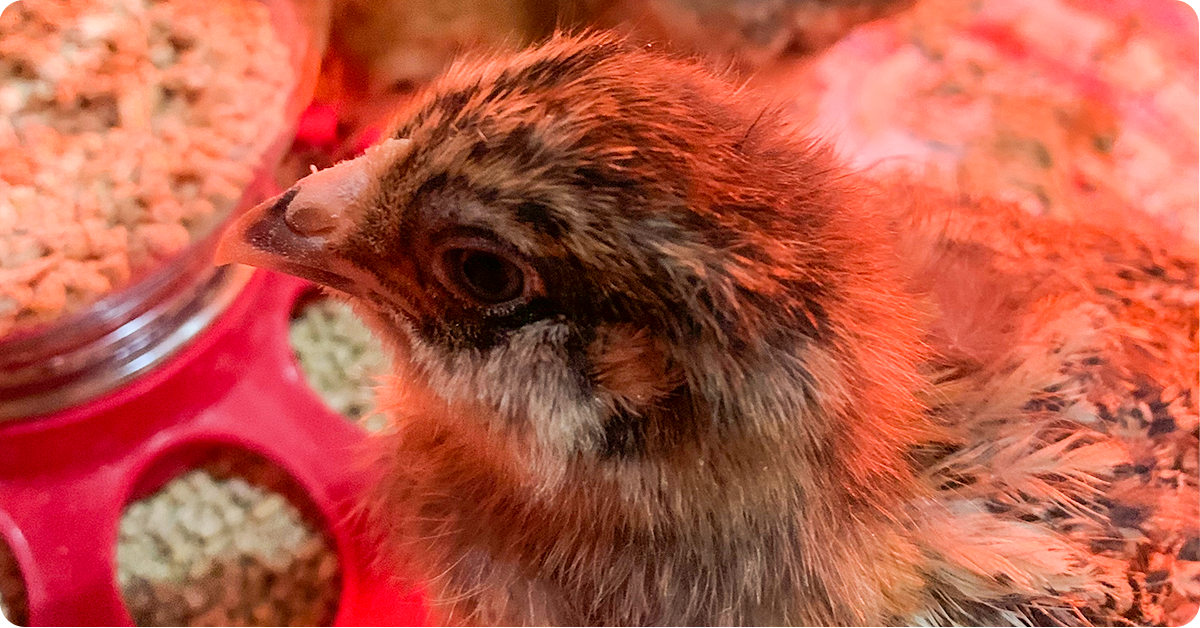 While it’s good to give your chickens chick grit, scratches, supplements and maybe even a few table scraps, these should be regarded as occasional ‘treats’ instead of the flock’s main diet—no more than 10% of everything they consume. In moderation, chickens can enjoy small bits of strawberries and blueberries, kale, cucumbers, certain herbs and some perennial flowers. However, there are foods that are fatal to hens: avocado, rhubarb and beans to name a few. So, you really have to be careful when offering them anything beyond nutrient-enriched feed.

You can still treat your hens with limited amounts of high-quality scratch and/or mealworms to encourage pecking and scratching behavior, but IFA poultry feeds provide your flock the complete nutrition they need to thrive. They aren’t ‘missing out’ if you don’t give them a bite of watermelon.

For more information on chicken nutrition, check out our article What to Feed Your Chickens From Chicks to Egg-Laying Hens

Besides nutrition, water is another major factor to production as it is involved in every aspect of poultry metabolism. It helps regulate body temperature, digesting food and eliminating body wastes. At normal temperatures, poultry consume at least twice as much water as feed. When heat stress occurs, water consumption will double or quadruple. If hens are left without clean fresh water for several hours, it will probably cause a decline in egg production. An egg consists of approximately 75% water and without access to a regular, clean supply, a hen will be physically unable to produce eggs.

The way in which chickens are fed is also important. Think of it like Thanksgiving: you can’t fit 15 guests around your 6–seater table. So make sure every chicken has a spot so the entire flock can comfortably eat at once. If feeder space is limited or overcrowded, some chickens will end up going hungry, which will result in decreased egg production. 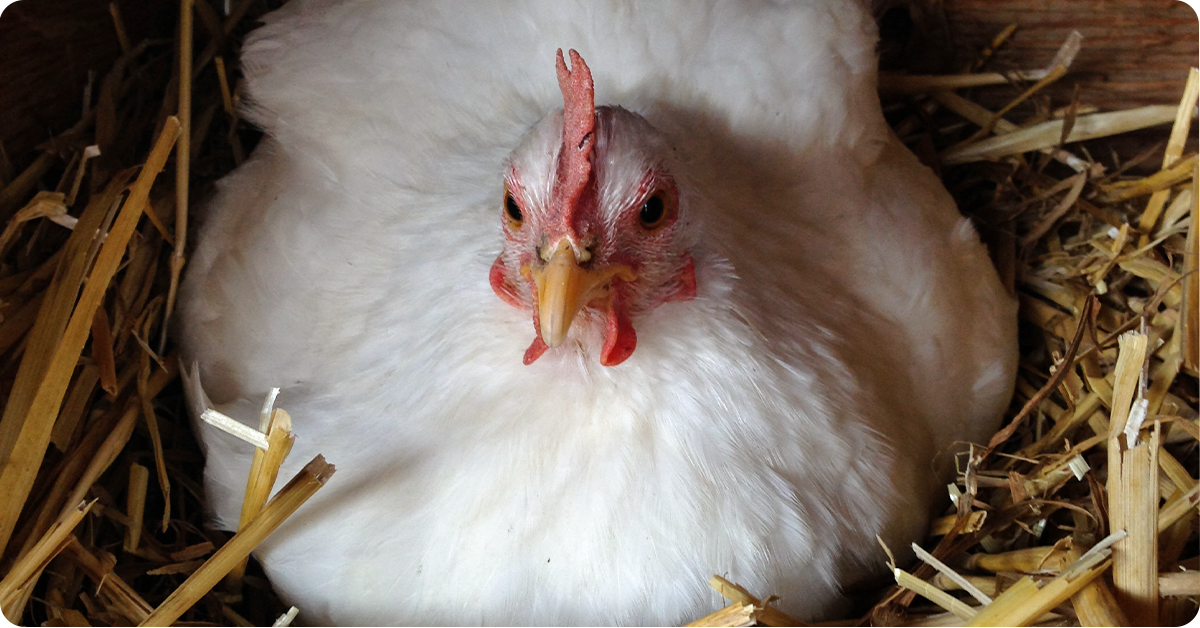 Lastly, your chickens need a comfortable environment where they will want to lay. The coop should be clean, temperate, dry, ventilated, protected from predators, have plenty of room for each chicken to roost and nest and lots of room outside for free-range time.

Time to Get Cracking

Ready to raise the best laying chickens of your life? Use a quality, nutrient-dense feed that ticks all your flock’s dietary and nutritional needs, give them a good environment to flourish and have a little patience. You’ve set your chickens up to perform to their genetic potential, and you’ll be cracking open delicious results in no time.