How to Introduce New Chicks to Your Flock 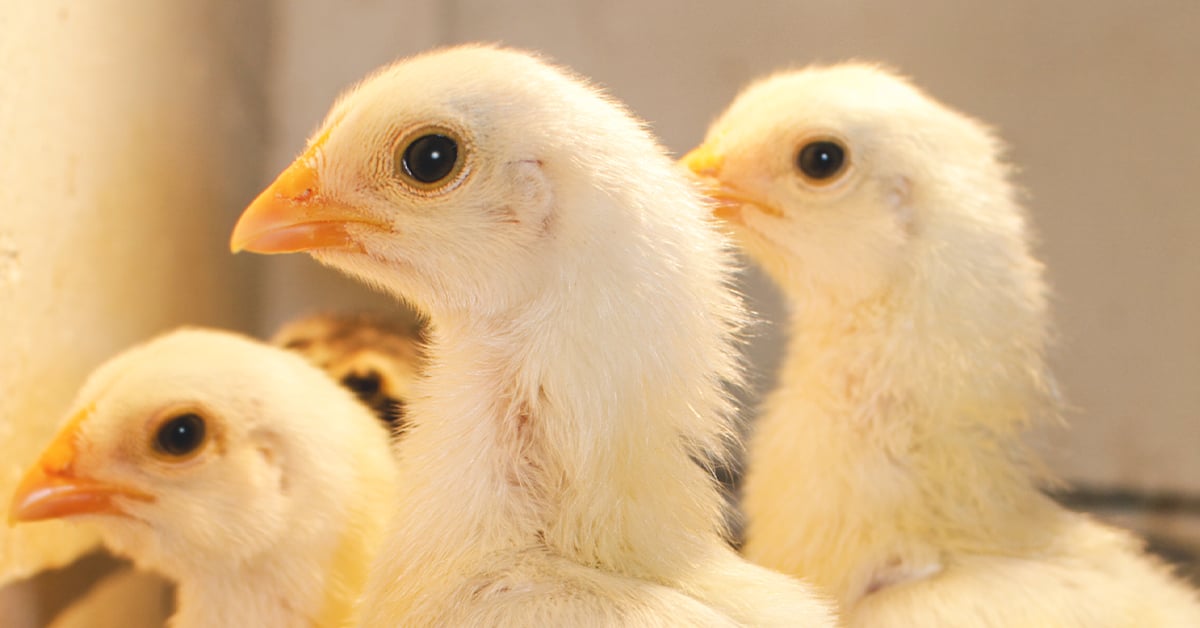 Keeping a backyard chicken coop is a fantastic way to ensure your family always has delicious fresh eggs on hand. And if your household’s demand for eggs is on the rise for one reason or another—growing kids, more mouths to feed, or maybe even a new protein-rich diet—you may be considering adding more chickens to your coop.

But it’s not quite as simple as picking up some baby chicks and leaving them to fend for themselves alongside your hens. Your new chicks must be introduced properly to avoid being bullied—or worse. Give your new chicks the best chance of successfully integrating into the flock with these useful tips.

Things to consider when choosing which chicks to bring home

It’s generally advisable to introduce at least three baby chicks at a time to the older hens. Chickens are flock animals, and tend to do better in groups with other birds of a similar age. If you bring home any less than three chicks and one of them doesn’t make it, you’ll be left with a lonely little chick, which can lead to a number of problems. Chickens are social creatures, and baby chicks do better in a flock when they help each other and grow up together.

What breed to choose

When purchasing baby chicks, it’s recommended to match the newcomers to your current flock. Choosing a mix of breeds is more successful when you already have an assortment of breeds. However, if your flock is primarily one breed, you’ll want to stick with the same breed when purchasing new baby chicks so they’ll be more accepting of the newcomers. 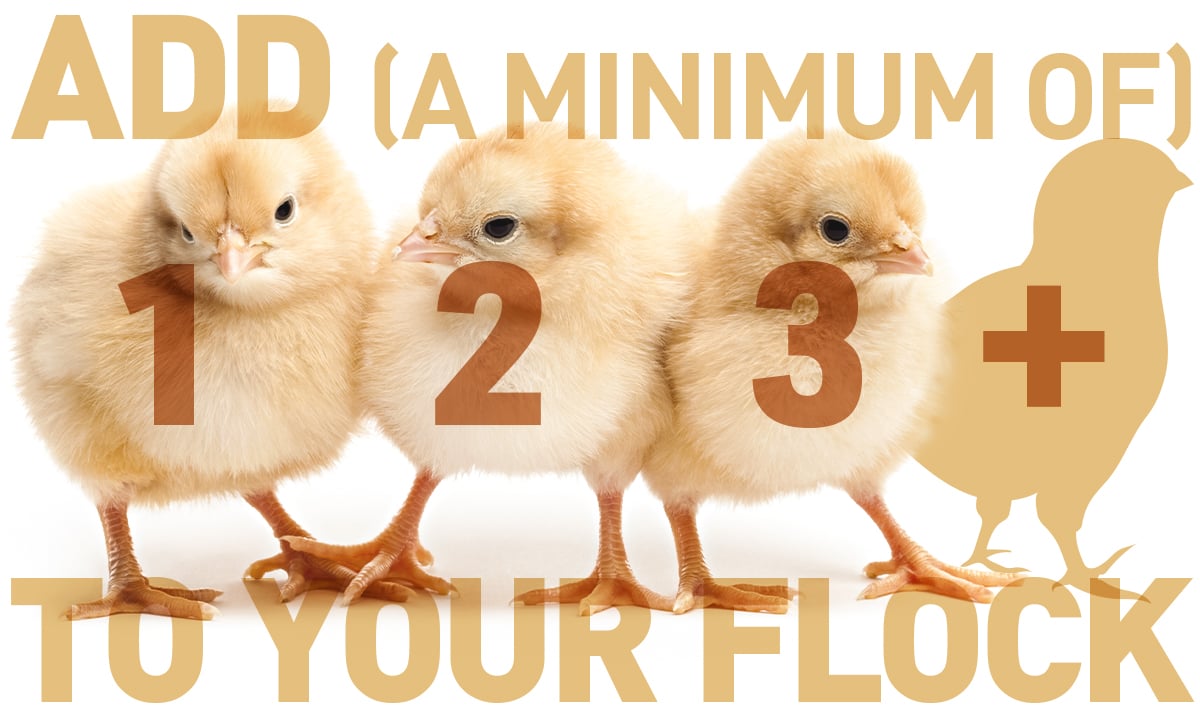 How many chicks to add to your existing flock

The numbers matter as well. Add at least three baby chicks when you’re looking to grow your flock. There’s power in numbers; consider adding an equal amount of baby chicks to the current number of chickens. For instance, if you have five hens, you may want to add five baby chicks to balance the numbers equally and improve your chances for successfully integrating the newcomers into your flock.

Another important note: make sure you have adequate space in your coop for all new additions. It’s important to avoid crowding your birds—ensure every chicken in your flock has at least two square feet of inside living space away from the elements where they can (literally) spread their wings.

For more details and tips about raising chickens, check out our comprehensive beginner's guide

Timing is important to successfully adding chicks to your flock

Baby chicks must be raised on their own to an absolute minimum age of six weeks old before being introduced to the rest of your flock. If possible, wait until your pullets (young, non-laying hens) are 8-12 weeks old before making the introduction.

Chickens are extremely territorial, and will often injure or even kill newcomers if an introduction isn’t done properly. Keep in mind that every flock has its own personality when it comes to accommodating new members—even chickens that are gentle with human handlers may be ruthless when it comes to bullying newbies (after all, the phrase “pecking order” exists for a reason.) In some cases, the older hens will intimidate new baby chicks so badly that they’ll stop trying to eat and drink 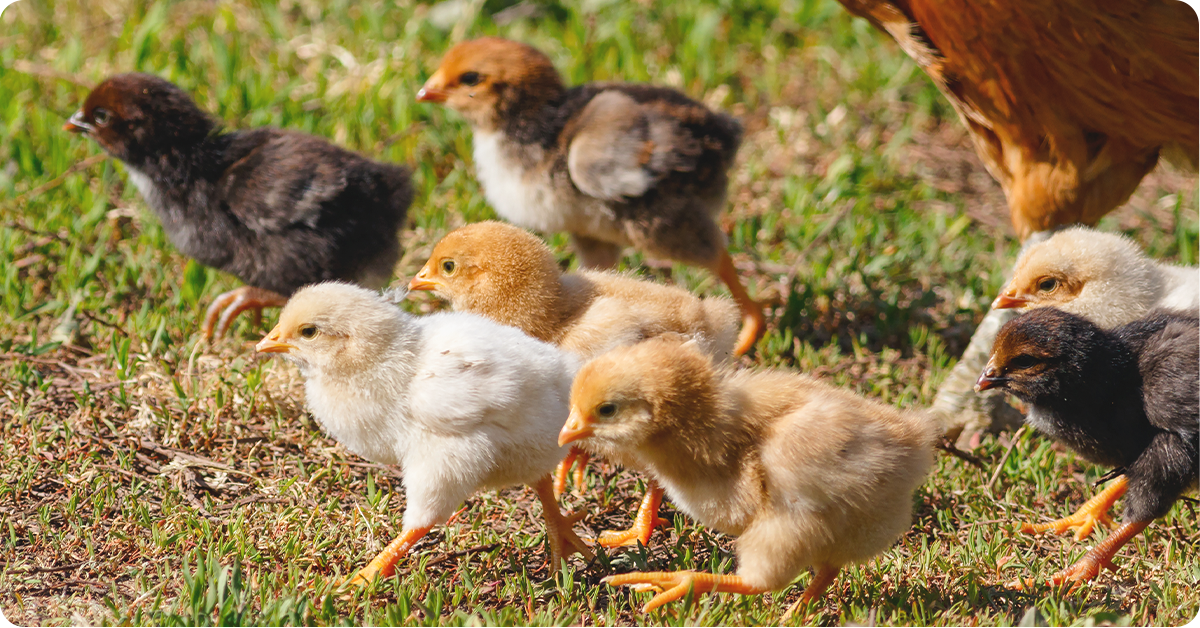 How to safely introduce your new chicks

The good news is that there are several steps you can take to make sure the introduction goes smoothly:

Introduce three or more new chicks to the flock at a time—they’ll be able to support each other and will hopefully prevent the older chickens from beating up on any of them too much.

A gradual introduction is a good idea—put your young pullets in a pet carrier or enclosure on the other side of the fence so the older chickens can get used to the sight and smell of them, which often makes the transition much easier for all.

When it’s time to put the new pullets in the same coop as your older hens, consider a stealth after-dark operation. If you introduce the newbies after your older hens have bedded down for the night, their presence in the morning won’t come as such a shock.

Let your newbies get the lay-of-the-land

You may want to consider putting your older hens in a second enclosure for a few hours so the younger chickens can find the food and water without being chased off and intimidated. Doing this a couple of hours a day for a few days can make the transition easier when it’s time for them to all live together.

Add safe places for your littles

To give your newcomers some refuge, consider adding some escape routes for the still-developing pullets. An easy, economical solution is to place cardboard boxes in the coop, with cutouts small enough for a younger hen to escape, but too large for your older hens to fit through.

Giving the newbies a place to get away from the bullying can help them stay healthy and confident until the older hens get acclimated to having them around.

Overall, keep an eye on things until all your chickens are used to living together. As your baby chicks grow and begin to lay eggs, they’ll become more integrated with the older hens. The flock will be happy again, and the egg production will show it.

Still have questions about the best way to add new chicks to your flock? Stop by your local IFA Country Store to gather some knowledge from our poultry and animal health experts—we’ve seen it all, and we’re happy to help!