Home / Helping to Grow / Bee-lieve in Yourself, Beekeeper Goes From Hobby To Serious Business

Bee-lieve in Yourself, Beekeeper Goes From Hobby To Serious Business

The Taylor home in Santa Clara, Utah, is filled with bee-themed reminders of why they do what they do. Plaques encourage them and their extended family to “bee-lieve” in themselves, to “bee kind” and other noble attributes.

For master apiarist Mel Taylor and his “honey,” Joyce, their hobby is a family legacy that extends far beyond happy memories in the field. Their hard and calculated work is helping an industry survive in a new world of agriculture. 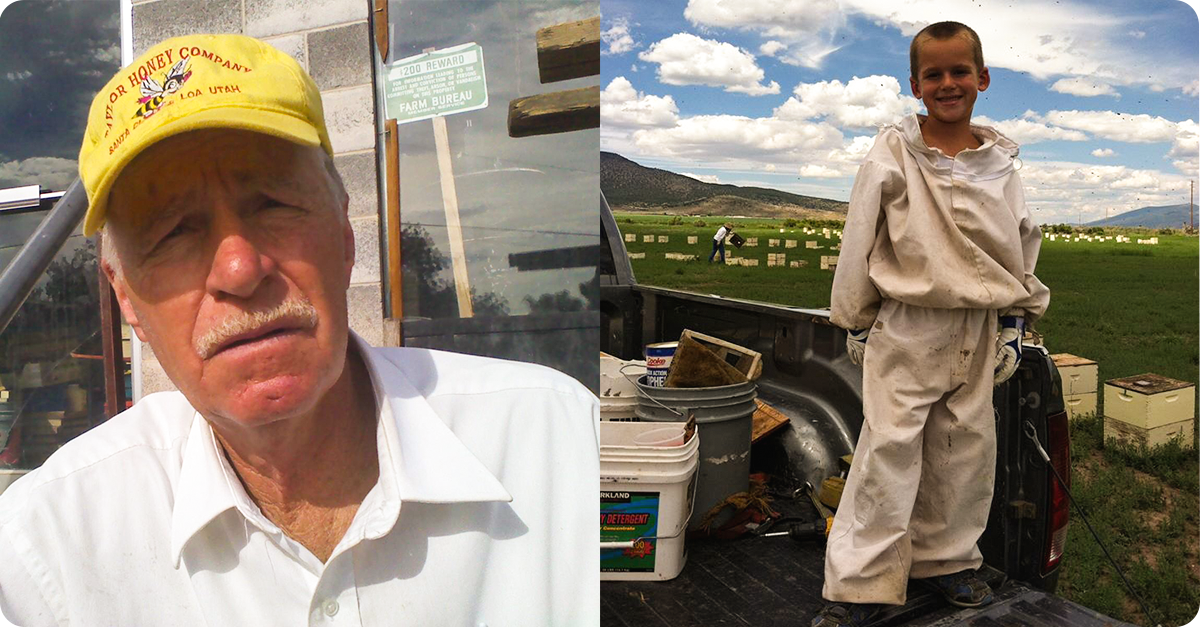 Mel started beekeeping at the age of 16. His enthusiasm and dedication allowed him to keep bees throughout his career with the U.S. Department of Agriculture. He said he increased his number of bees each year while knowing that the price of honey was never enough to make a living and support a family.

“Supporting a family just on the sale of honey is a long shot,” says Mel. “It’s a hobby for most people, but it’s a vital one – vital for all of agriculture to succeed.”

From honey to serious business

Since Mel’s retirement in 2006, he turned his hobby into a serious business with most of his income derived from pollination services to almond farmers in California and apple orchards in Washington.

“Pollination – that’s where the money is to be made with bees,” Mel said. “Honey is something of a sideline. The bees have to have honey for food and to survive the winter, but it’s not something we can count on as a profitable commodity, especially in Utah since we’re a desert state.”

Last year, in an effort to improve honey production, Mel bought sainfoin seed from IFA and planted 48 acres of the long-blooming crop that grows well with alfalfa.

“It blooms until it’s time to cut, so the bees really have a happy time in a field of sainfoin,” he said. 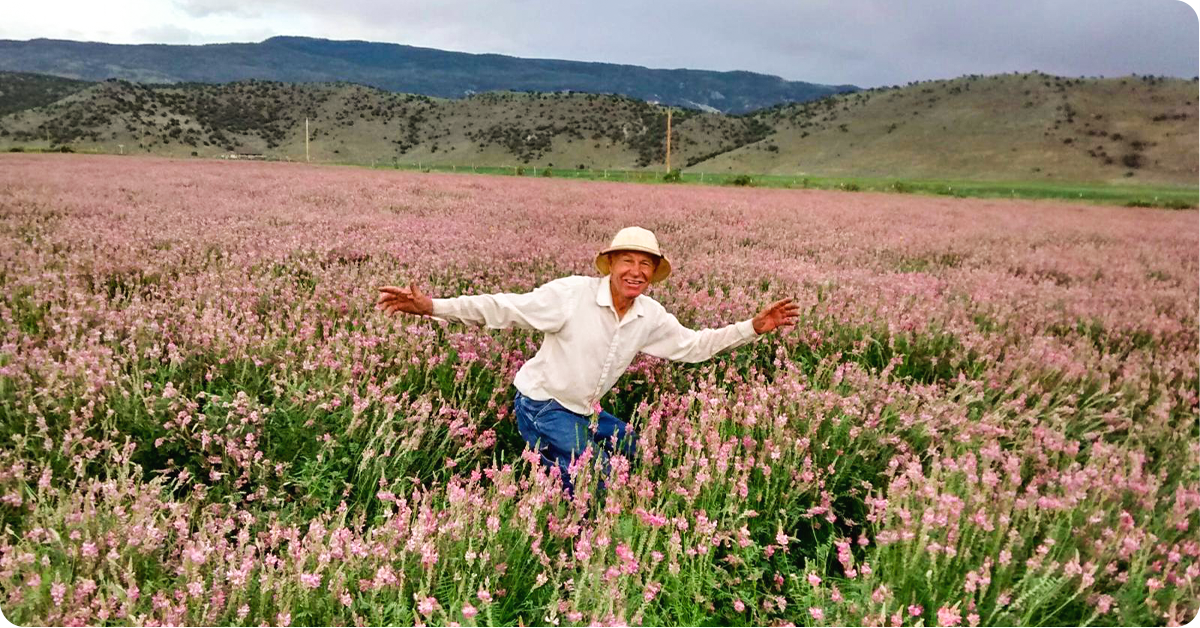 Agriculture changes and the impact on bees

Over the last 50 years of beekeeping, Mel admits that success has become much more difficult to obtain. “It’s a different game now,” he said. “We didn’t have swathers that harvest a field in a day, instead a longer harvest process let blooms last longer. We didn’t have irrigation sprinklers, we had ditches and those ditch banks provided bees even more blossoms all summer long. Agriculture has changed and whether we like it or not, we have to admit that it’s affected bees.”

“In the St. George area, where there used to be an alfalfa field, now there are houses so we’ve had to move bees further out to more agricultural areas,” he said.

“It’s becoming harder and harder to keep bees alive with more people, more floods, more droughts and more communities that pass more laws and more regulations about where hives can be located. Government involvement has definitely affected the operation.”

Mel said that the price of honey has dropped recently because of international competition from countries like China, Brazil and Argentina who export their honey all over the world. “You not only compete with the beekeeper across the street, but across the world,” he said. As a result, Mel said the industry is dependent on the hobbyist to keep bee populations up.

“I want to encourage beekeeping wherever I can,” he said. “But unless a person has a degree in entomology or some experience with a long-time beekeeper, they’ll never make it as more than an hobbyist.”

“We take the trucks out around the first of February and leave the bees in the almond fields for three to six weeks,” he said.

“It depends on how fast it warms up and how long the trees are blossomed out. Three weeks if it’s been warmer and three more weeks if it stays cool. Then most beekeepers move their hives up to Washington so they can pollinate the apple orchards.” 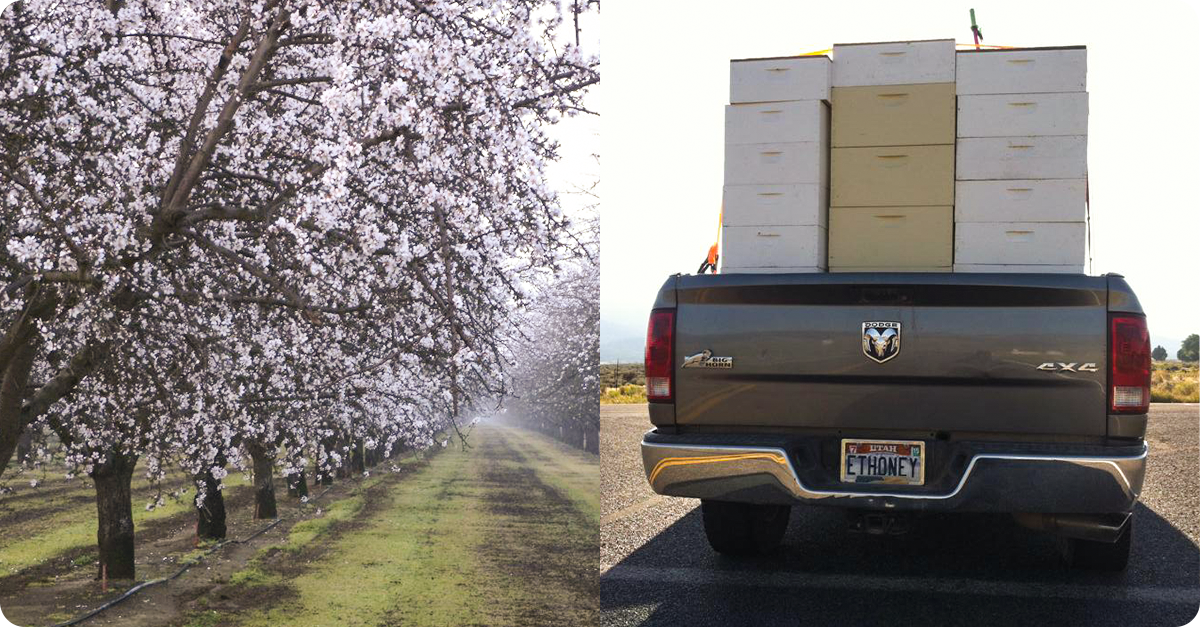 Getting the whole family involved

Previously, the Taylor family was involved in educational outreach programs on apiaries. “It really is a fascinating thing to learn about,” Mel said.

“We’d teach every fourth grader in Washington County about the birds and the bees and the flowers and the trees. It was a lot of fun, but we’ve had to scale back. I’m slowing down a bit, but very grateful that I’ve got my family involved. They know how hard it is to keep bees, but they’re up for the challenge.”

Their diversified end products range from jars of raw clover honey to boot oil derived from honey. Their honey products are distributed at several stores and farmer’s markets in the Santa Clara area and St. George areas.

Want a fun hobby and start beekeeping? Find the Right Space for Your Beehive. 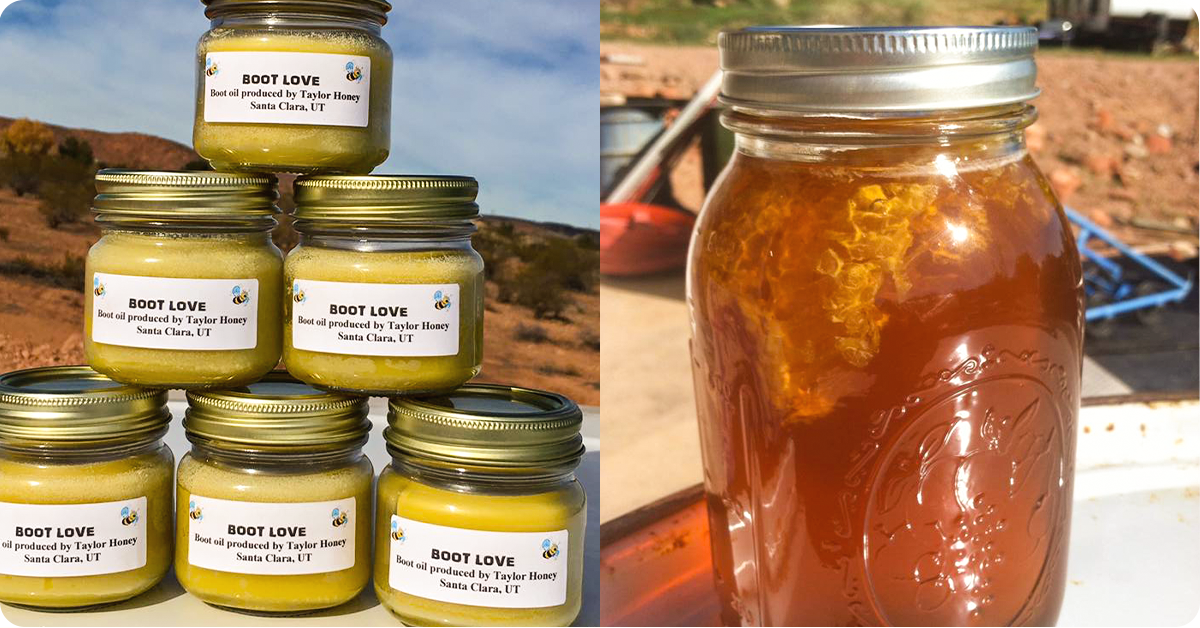