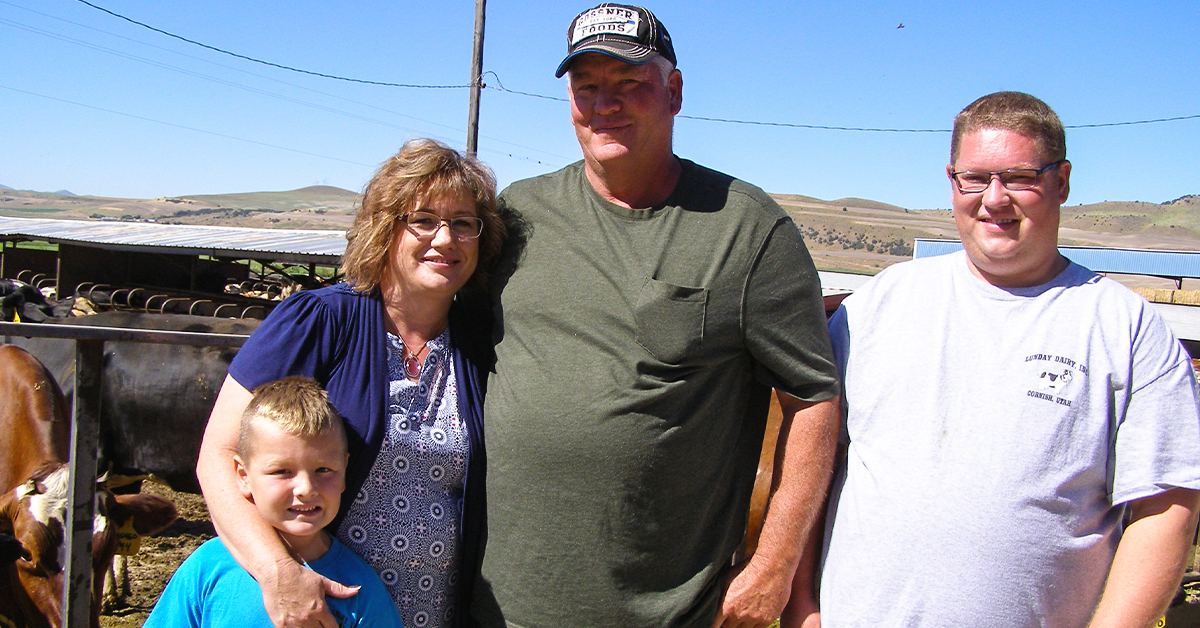 Tim got his start in the dairy business as a teenager. By 1984, he was newly wed to Susann and had acquired six acres in Willard, Utah, and the beginnings of his herd. He was named Young Farmer of the Year in 1991 and concentrated time and resources into a stellar breeding program. The Lundays expanded their operation over the years and built hay sheds and a barn with 150 free stalls.

During that time of serious progress, Tim took Susann for a drive up north to Cornish and showed her an established dairy on 155 acres that he wanted to buy. “I was shocked actually because Willard was all we’d ever known,” Susann said. It didn’t help that she was in the process of planning the design of a new home and she loved her job outside the dairy.

So, 11 years ago with a leap of faith and a shake of Susann’s head, they made the big move to Cornish and continued to build their operations. Susann was able to transfer her career to Bear River Mental Health and worked in town while supporting the dairy and raising their four children.

With the help of a trusted herdsman, Mike Hansen, they now milk 320 cows to sell to Gossner Foods and raise alfalfa, barley and sudan grass for silage. 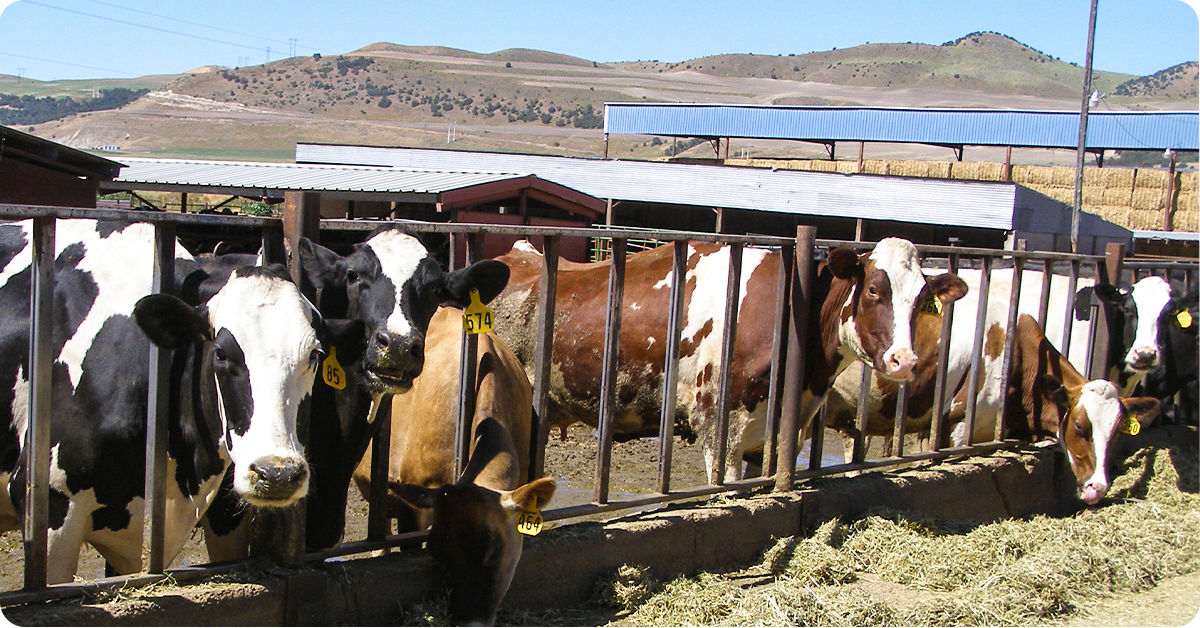 On the Lunday Dairy in Cache Valley, Utah, laughter is as important as hard work to the operation’s success.

“We do have a lot of laughs around here, it’s what keeps us going,” Tim Lunday said, standing near his feeding herd while watching their friendly boxer kiss the cows while they eat.

“I have every breed of cow there is,” he said.

“I bought 20 jerseys and someone thought I was having a mid-life crisis, but I think it’s better to have jerseys than to have an affair. I’ve just decided that I don’t discriminate against anyone or anything.”

Tim’s sense of humor has also built a fun rapport with the staff at IFA’s North Region Feed Mill.

“They’re really awesome,” Tim said. “If I run out of feed, I have a great relationship with those in the office. So even if it’s an emergency, I don’t have to be demanding because they’re so helpful and accommodating. Since Robert (Bowles from IFA) has been our nutritionist, he’s been here looking at feed and keeping me in line with ordering.”

Tyler Lunday is their youngest son and offers a tongue-in-cheek philosophy on the dairy’s nutrition program. He simplified it down to, “We feed them and they eat.”

But luckily for them, they have a little help from IFA.

“IFA has been a big benefit to us,” Tim said.

“They test our feed and change our rations. I haven’t had a milk crash—that just hasn’t happened to me and I give them a lot of credit. It’s been good and very good since IFA came along to help us.”

After every cutting, Robert pulls a sample for lab analysis of dry matter and helps determine rations.

“It is a pleasure to work with Tim because he knows cows like no other, but is also open to our recommendations,” Robert said.

“People like Tim and Susann Lunday are the reason we’re here. They are dedicated to a productive family operation and make our jobs enjoyable. They make us want to come to work every day and help families succeed. This is what IFA is all about.” 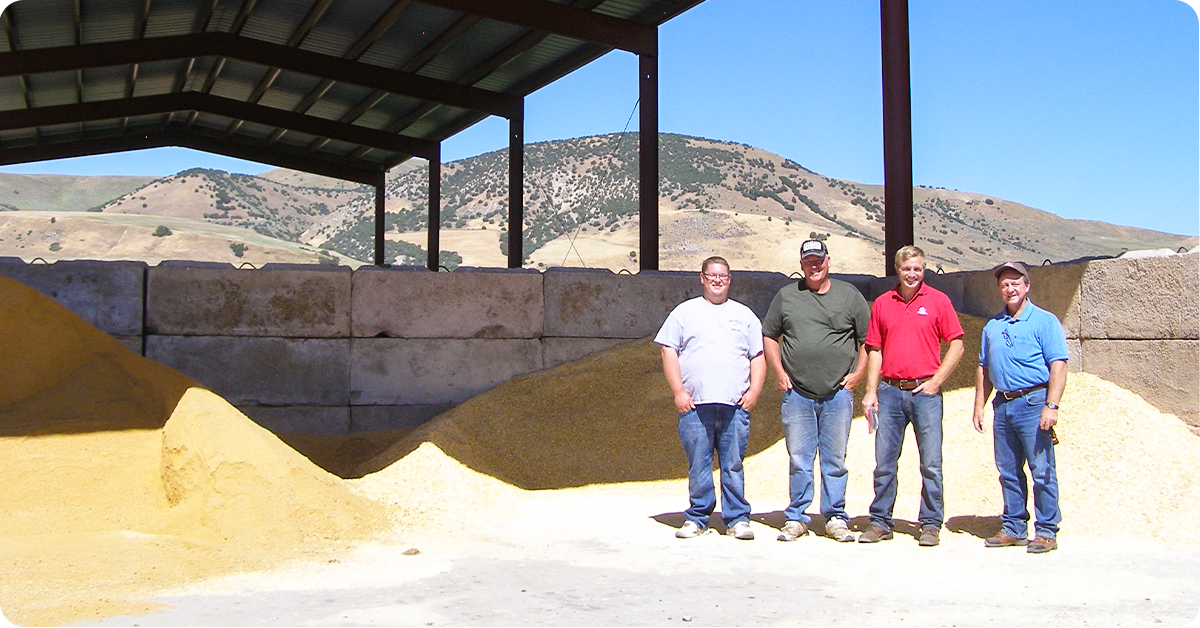 Recently, Tyler has taken a more active role on the dairy—doctoring and feeding calves as well as doing bookkeeping and payroll.

“I thought running a dairy was the worst thing in the world when I was growing up,” Tyler said.

“To me, milking and hand lines were torture, but now, why would I walk away from this gold mine.”

Tim joked, “Tyler’s philosophy is, ‘Where there’s a will, put me in it.’ but luckily he’s earning his way and we’ve been a lot more progressive with him around. We’ve been able to spend a little money to help us do a lot less work. Right now, we have a budget that works well.”

Written by Stacie Duce and originally published in the IFA Cooperator magazine (vol. 82, no. 3) Fall 2016.