Rolling Easter Eggs From One Capital to Another

The tradition of rolling Easter eggs began hundreds of years ago in England, Germany, and other European countries. Children traditionally rolled eggs down hillsides which some believe was symbolic of the rolling away of the rock from Jesus’ tomb before his resurrection. The eggs traditionally were wrapped in onion skins and boiled to give them a mottled gold appearance (although today they are usually color-dyed or painted) and the children competed to see who could roll their egg the farthest. This tradition was taken to the New World and it usually took place on the Saturday before Easter.

The Easter egg roll tradition seemed to begin around 1810 when Dolley Madison, the wife of President James Madison, first proposed the idea of a public egg roll. Children would bring their decorated eggs to join in a game of rolling their hard-boiled eggs down Capitol Hill in Washington, D.C., to see which ones traveled the farthest without breaking.

Over the years, the crowd of children grew so much that members of Congress would complain of the noise outside that was disturbing and disruptive to the work they were trying to accomplish inside the Capitol Building. Because of the noise and disruption, the event was closed for some years, even though the children of Presidents Abraham Lincoln and Andrew Johnson had their own informal egg rolls.

Lucy Hayes, the wife of President Rutherford B. Hayes, brought the event to the White House lawn in 1878 after being “egged on” by many of the children. From then on, the egg roll would be an annual White House event with few exceptions.

Due to a more flat grassy surface, silver spoons were brought from the White House kitchen and given to the participating children to help move the eggs along. When many came up missing (the silver spoons—not the children) alternative wooden spoons were used. (It just might be that this was the beginning of the spankings with the wooden spoon).

First Lady Mamie Eisenhower proposed that the event be opened to black children, who were allowed to participate starting in 1954. 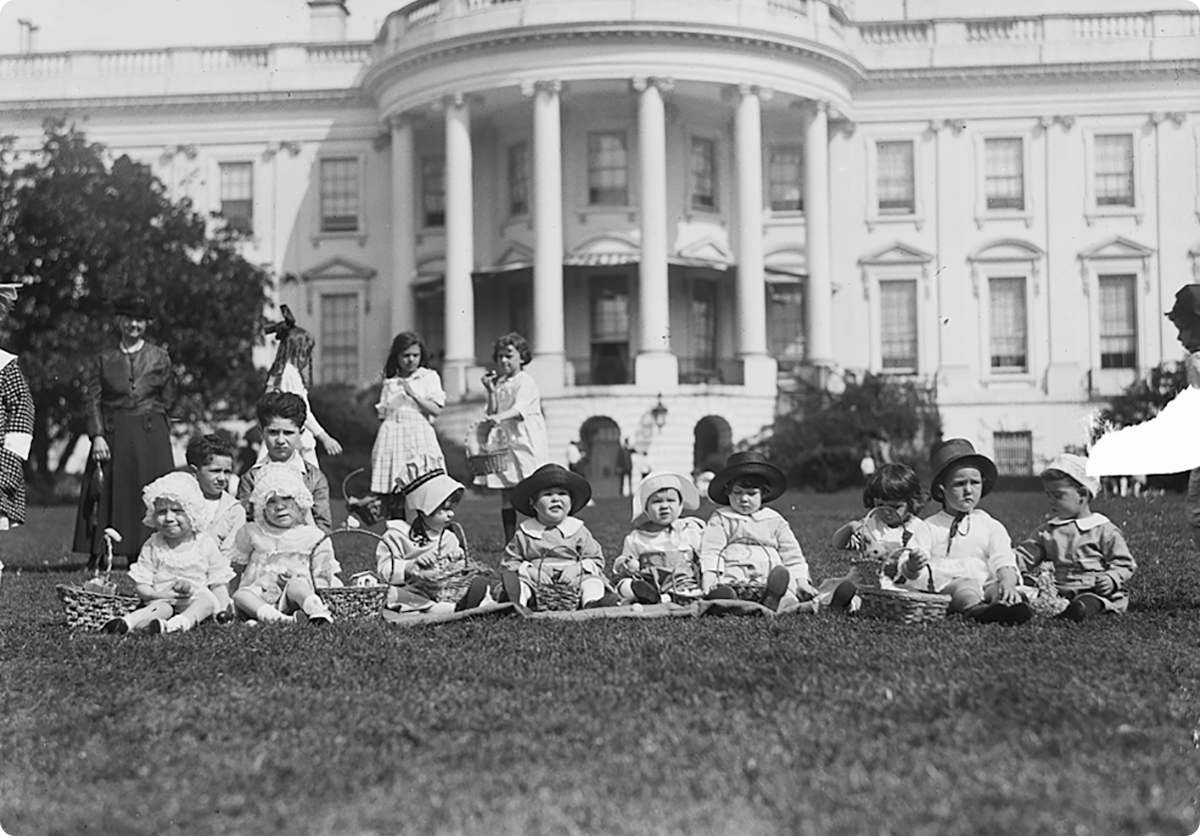 While growing up in rural Utah, Easter was always a very welcomed holiday after a cold and snowy winter. As kids, we packed ourselves into the green Chevrolet Bel Air station wagon, and with a caravan of the Bagleys and Brindleys not far behind, we would make our way to Capitol Reef National Monument (now a national park) for our annual Easter Saturday of picnicking and rolling Easter eggs. There are few, if any, grassy hillsides in Capitol Reef, but there are plenty of beautiful hills and formations—which are far less forgiving in keeping your egg intact before reaching the bottom. I’m pretty sure that watching your hard-boiled, ugly-colored egg splatter as it bounces over the hard sandstone surfaces at Capitol Reef is much more fun and exciting than watching your egg boringly roll to the bottom of a grassy hill in Washington.

Finally—and ironically—the noise coming from inside the Capitol Building today is far more disruptive and disturbing to those of us who are on the outside and trying to enjoy a simple and traditional Easter egg roll. Incidentally, Capitol Reef National Park was named for a white dome of Navajo sandstone that has the appearance, somewhat, of the United States Capitol building dome. Today, you might get escorted off from Capitol Hill if you were to roll your Easter eggs—not to mention the security scrutiny you would have to endure. Given a choice, I’ll prefer to take my eggs (and grandkids) back to Wayne Wonderland, as it was known before the days it was named and designated Capitol Reef National Monument.

How to Hard-Boil Eggs

How to Make Deviled Eggs