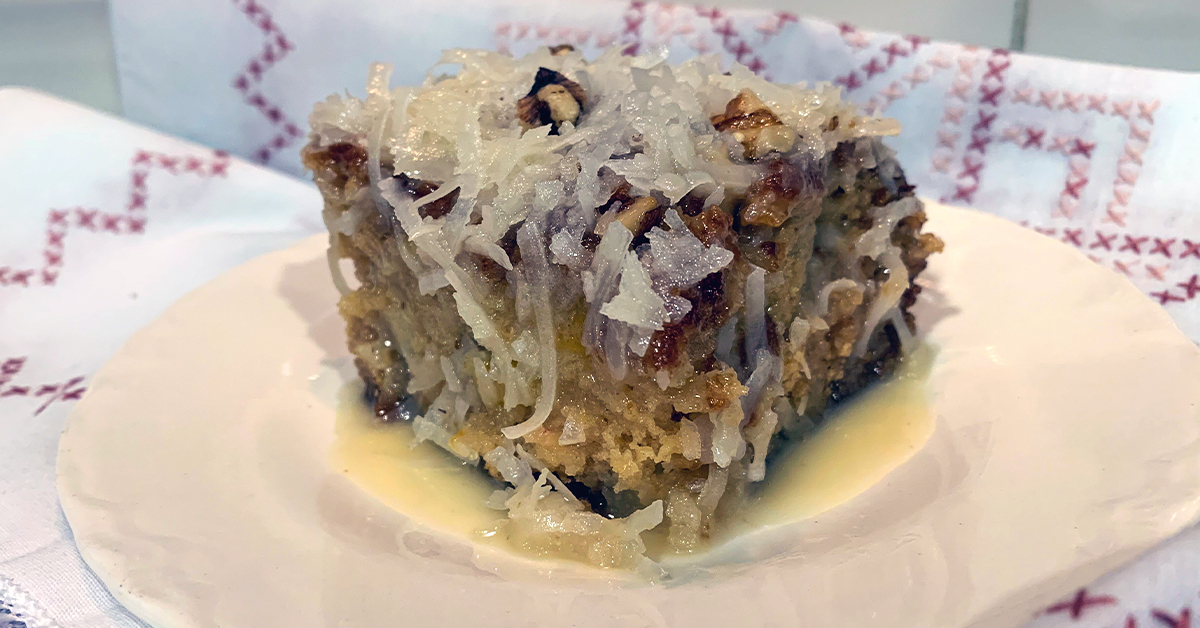 Sweet and sticky like all of the best deserts, Mom Allen's Cocktail Cake is not just delicious, it tastes like home. Find this delicious and easy cake recipe a place at your next table and read about the fond Allen farm memories behind it. 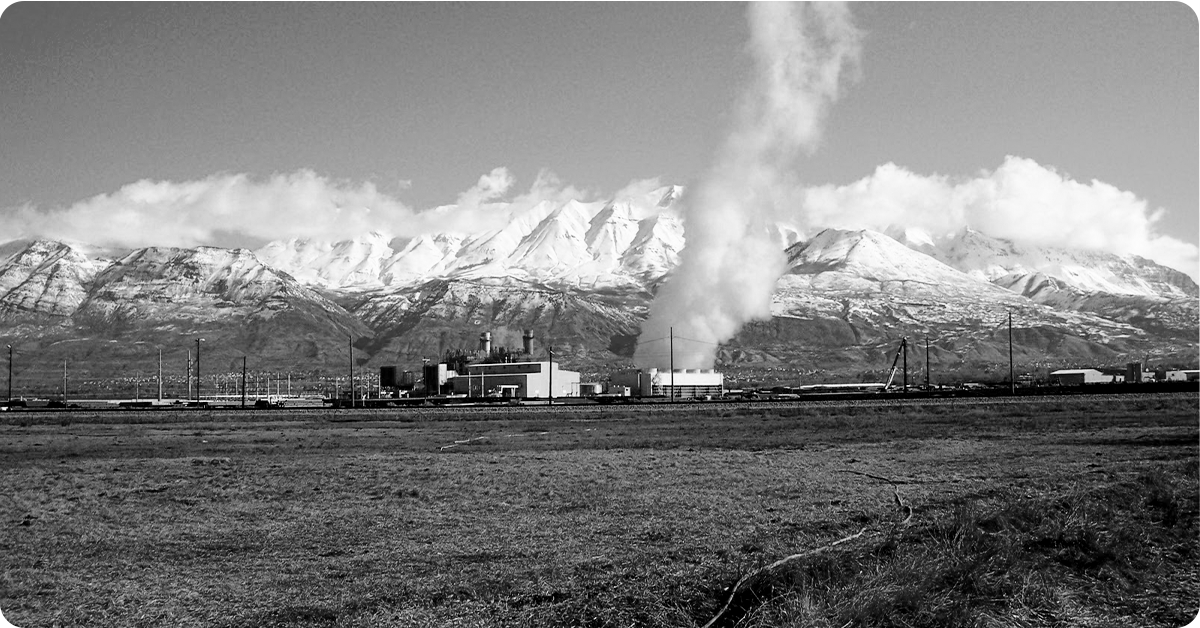 Happy Memories Being Raised on a Farm

The Geneva Steel Mill was built in 1944 in Vineyard, Utah, to increase the steel production for America during World War II.

Nestled on the west side near the mill was a small 100-acre farm, owned by Don and Carol Allen, that extended from the mill to the shores of Utah Lake. Don Inherited the farm from his father, J. Taylor Allen, and he and Carol raised their family of four on this piece of land, which was actually a bit of heaven on earth for the four Allen children. To Charleen (Char) Allen Ford, there was nothing like waking up as a child with the beautiful Mt. Timpanogos on one side, and the fresh water Utah Lake on the other, with a few smoke stacks from the Geneva Steel Mill in between.

The farm was their livelihood. It was a very hand-to-mouth experience. What they worked with their hands eventually landed on the kitchen table. The kitchen table was also the desk and office where bills were paid and decisions made regarding the farm.

On one memorable occasion, Char came walking through the door one afternoon from school to find her mother sobbing at the kitchen table while performing the monthly ritual of paying the bills. With genuine concern, Char asked her mother what the matter was to which her mother responded, “Blacky died. I don’t know if we’ll be able to make it without her.” Blacky just happened to be the highest-producing cow.

She was #30 of the little Holstein herd of dairy cows that kept the family barely going. Each cow was named and numbered, and the milk production was tracked by each cow as any good dairy farmer does.

Memories from the Growing Season

The Allen's planted corn, alfalfa, and wheat each spring to feed the cow herd and chicken flock, as well as planting a large garden for the family to eat and enjoy.

Each spring, with the rows all harrowed and the green starting to show through the soil, was a happy time in the Allen household. “The fresh smell of spring air was always a treat except when Dad was spreading manure,” said Ford. Like many farm kids would say in those days, “We didn’t know we were poor. We were so happy.”

Char and her twin sister, Colleen, worked hard alongside their two brothers, Dick and Duane, even though the brothers got to do all the “fun stuff” like irrigating and hauling the hay. The girls just got to “drive the tractor and gather the eggs. ”Garden work was also rewarding as they would take the salt shaker from the kitchen to the tomato patch and enjoy a fresh ripe tomato straight from the vine.

Like other typical farm families, the biggest (and best) meal of the week was usually on Sunday—built around a juicy pot roast, carrots, potatoes and hot gravy. Usually, some sort of cake (fruit cocktail being an Allen family favorite) would finish off the welcomed weekly feast. “One of the best things about Sunday’s dinner was that the leftovers would be made into soup and cold roast beef sandwiches. And, we ate lots of pancakes for supper,” said Ford.

In the coming days, many Vineyard families will be able to gather together and enjoy a beautiful day at the newly constructed J. Taylor Allen Park that the city of Vineyard is establishing in memory of the farm and its owners of earlier days. As nice as a tribute that it will be to their grandfather and the farm that they grew up on, Ford says, “The real blessings of being raised on a farm are the happy memories.”