Internal Parasites in Beef Cattle and Their Impact on Nutrition 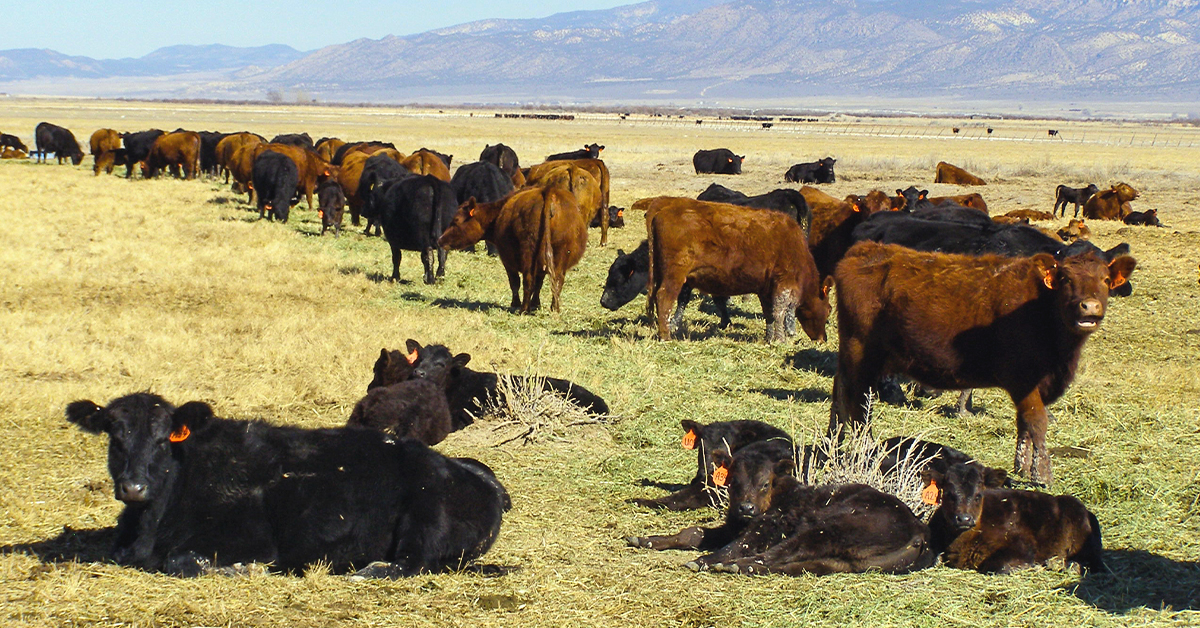 The largest effect that internal parasites have on beef cattle production is a reduction in feed intake.

Less feed intake means that the animals are consuming less energy, protein, vitamins and minerals, all of which play a vital role in animal growth, reproduction, and immune function.

The depression in feed intake is especially detrimental to recently weaned or newly received calves that typically have low intakes without the added stress of an internal parasite challenge. Because of the stress these cattle experience, they are susceptible to infection by a myriad of bacteria and viruses.

The immune system of these stressed animals is already compromised because of the immunosuppressive effects of stress hormones. The presence of internal parasites will exacerbate that problem because the animal now has to mount an immune response to the parasites, and with the concurrent depression in feed intake, it has fewer nutrients to do so.

Several studies have demonstrated the benefits of proper deworming on the health status of the animal. For example, Reinhardt et al.3 compared the effects of on-arrival feedlot deworming treatments on the health and performance of sale barn-purchased heifers.

Cattle given Safe-GuardR (fenbendazole) plus IvomecR (ivermectin) pour-on were re-pulled for treatment 20 percent less when compared to cattle given Ivomec pour-on alone.

Effects of Parasites on the Gastrointestinal Tract

In addition to a reduction in feed intake, parasites also have detrimental effects on the function and integrity of the gastrointestinal tract. Among these effects is an increase in the pH of the abomasum (gastric stomach) of ruminants. This increase in pH may be due to several factors, including inflammation that occurs in response to the parasites.

Pathological changes in the small intestine include an increase in the density of mucussecreting goblet cells 60 days after experimental infection with Cooperia punctata.4

Other observations from that study were thickening of the intestinal wall and enlarged mesenteric lymph nodes. These changes are indicative of a severe immune response and a shift from absorptive cells (enterocytes) to mucus-secreting goblet cells.

These changes also help explain the reduction in the absorptive function of the small intestine often observed in response to parasite infections. Some parasites also inhabit other parts of the gastrointestinal tract, and their presence can be associated with damage and inflammation in those areas as well. 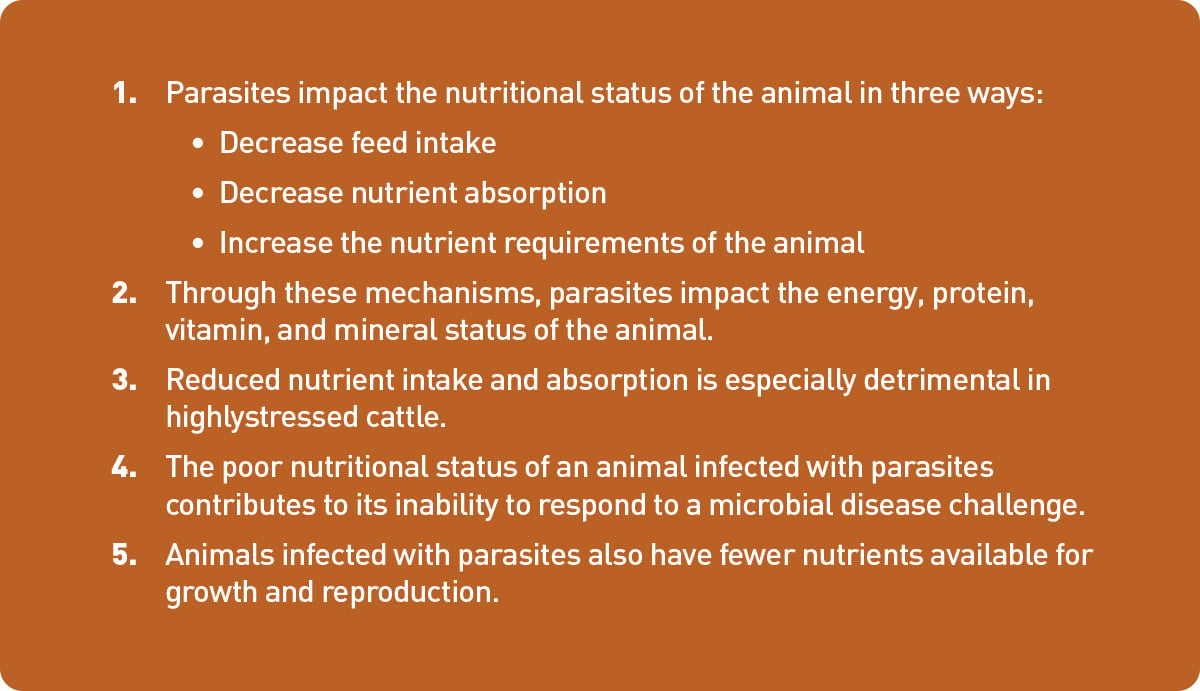 The biggest effect of internal parasites on the energy status of an animal is due to the depression in feed intake mentioned above.

Reduced feed intake means a reduction in intake of calories (i.e. energy) for maintenance of body weight, growth, and reproduction. The metabolic costs of internal parasite infections are somewhat more difficult to measure, but are a consequence of altered protein metabolism (discussed below) and the metabolic cost of immunity.

Several pro-inflammatory cytokines are up regulated in cattle following internal parasite infection,5 which increases the energetic needs of the animals.

Internal parasites affect protein status of the animal several ways, and the presence of internal parasites in ruminants such as sheep has been estimated to increase metabolizable protein requirements by 17 g/day. This loss of protein is from increased nitrogen loss in the small intestine from endogenous sources and increased urinary nitrogen excretion.6

Additionally, parasites that infect the the gastric stomach, such as Ostertagia ostertagi (brown stomach worm), Haemonchus placei (barber pole worm), and Trichostrongylus axei (small stomach worm) can damage the parietal cells, which produce hydrochloric acid in the stomach. Hydrochloric acid is necessary to reduce the pH of the stomach, a critical step in the activation of the enzyme pepsinogen. Failure to activate pepsinogen will reduce protein digestion.

The specific effects of internal parasites on the vitamin and mineral status of animals are poorly understood. However, a reduction in intake decreases the supply of both vitamins and minerals to the animal. Moreover, the damage caused by parasites to the gastrointestinal tract limits the absorption of the nutrients that are consumed.

This concept is supported by the observation that the absorption and retention of both calcium and phosphorus is compromised in animals with internal parasite infections.7, 8 Additionally, abomasal parasites affect copper absorption because its solubility is dependent on the low pH of the stomach.9