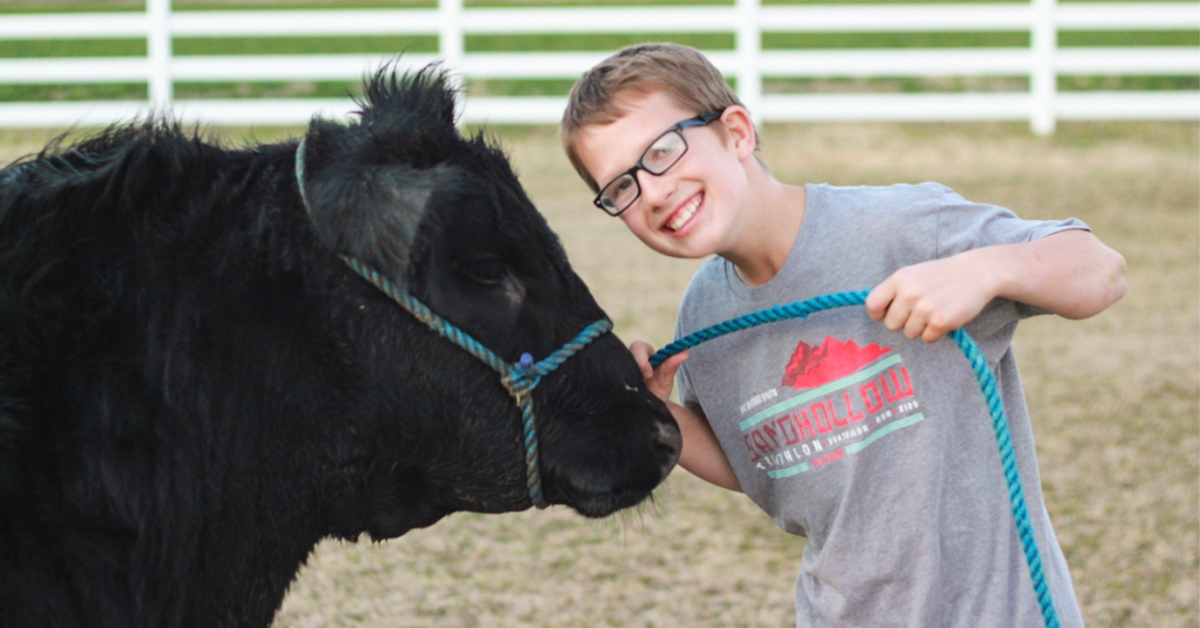 The Wheeler family of Logandale, Nevada, is a full-fledged 4H family. They have the work ethic and stories—both thrilling and tragic—to show for it.

“There’s no other way to learn the lessons they learn,” Wendy Wheeler, mother of five, said.

“Having the responsibility of raising livestock is invaluable—from the work ethic to money decisions and all the opportunities, they have to represent 4H values. My kids get all kinds of great experiences that they wouldn’t get any other way.” 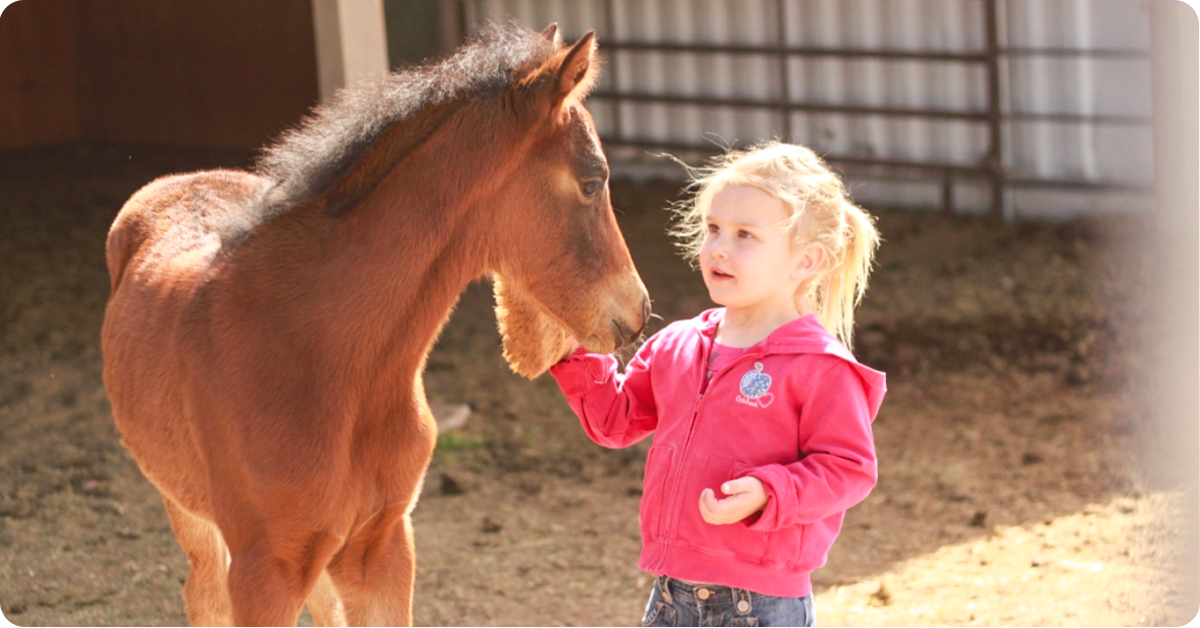 "Feed others before you feed yourself.”

Like most farm families, one of the Wheeler’s family mottos might sound familiar, “Feed others before you feed yourself.”

Even at 3 years old, the youngest and only daughter, Morgan Wheeler, knows that rule. She’s pictured above brushing the orphaned foal that she quickly began nurturing when their mare died unexpectedly.

“Morgan would wake up every morning and tell me that the foal was hungry,” Wendy said, “so we’d get the milk ready before we got our own breakfast ready.”

Morgan also helps her older brothers with their chores on the family’s hobby farm—including feeding their show animals.

The oldest, Sam, is 12 and competed in 4H for the first time last year. Mason,10, had his first competition this spring. 7-year-old twins, Wade and Miles, and Morgan are assuredly following in their brother’s footsteps, especially if it means catching a ride in the family’s golf cart to feed animals or get a treat at the local gas station.

"The Wheeler family is the perfect example of how families really benefit from being involved in agriculture during those critical years of learning and growing."
– Jordan Ellis, Branch Manager, Las Vegas IFA Country Store

Logandale is home to the Clark County Fair. It’s a rural farming community with a lot of hay fields but no street lights and very little traffic, except during the fair. With the fairgrounds close by, 4H kids in Logandale meet on Monday nights during the winter and spring to practice in the ring and interact with other kids trying to tame their own beasts.

Hulk was the name of Sam’s first show steer and he earned a first place ribbon in showmanship last year, but not because everything went perfectly.

“My steer tried to jump on another steer in the ring during showmanship, but I kinda kept a good attitude,” Sam said. “I think the judge liked that I handled it well and didn’t quit. I held it together.” 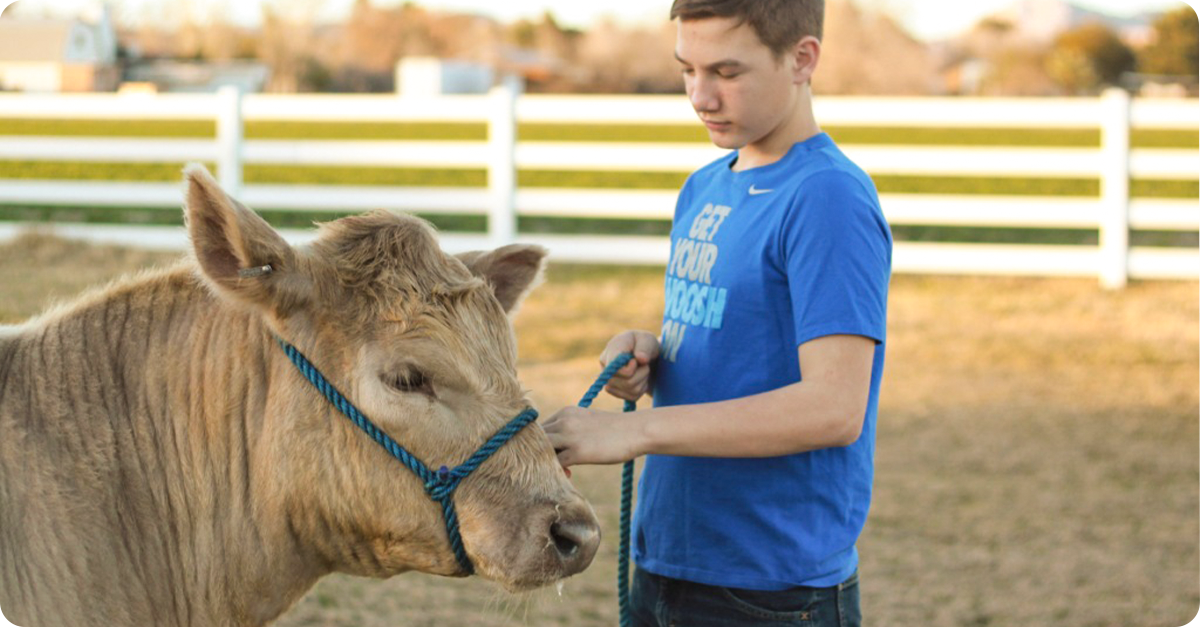 This year, Sam named his blond show steer, “Yeti ... because he’s white like an abominable snowman. He used to be a little grouchy, but now he’s pretty good.”

Learning can be unpredictable

Sam’s challenge this year was not only to raise his cow, but also help his younger brother Mason.

“I love how they learn new things each year,” Wendy said. “He did so well training his animal and helping his brother, which is another life lesson. We thought Mason’s steer, Black Jack, would be the easy one, but he turned out to be very unpredictable. At the pre-show this year, Black Jack got all nervous and a big cowboy had to help Mason take him back to the barn.”

“Mason worked so hard with that beast,” Wendy said. “One day, he went to unload him and he got kicked. In fact, he got kicked twice that night. It destroyed his confidence. So, going into the fair, all we could do was hope he would get through this.”

Mason learned a healthy respect for the 1,200-pound animal during his experiences.

“Mason’s first class in the fair this year was market,” Wendy explained.

“He was determined to do his best and I kept reminding him that we’d been here a million times practicing. Then that steer put his head down and ran. It kind of crushed Mason’s confidence again, but they quickly caught the steer and got control again. Fortunately, and unfortunately, Black Jack placed in the top three for market, so Mason had to bring him back for another class. We tried to get him all pumped up and said, 'You can do this. Keep control of that beast.'” 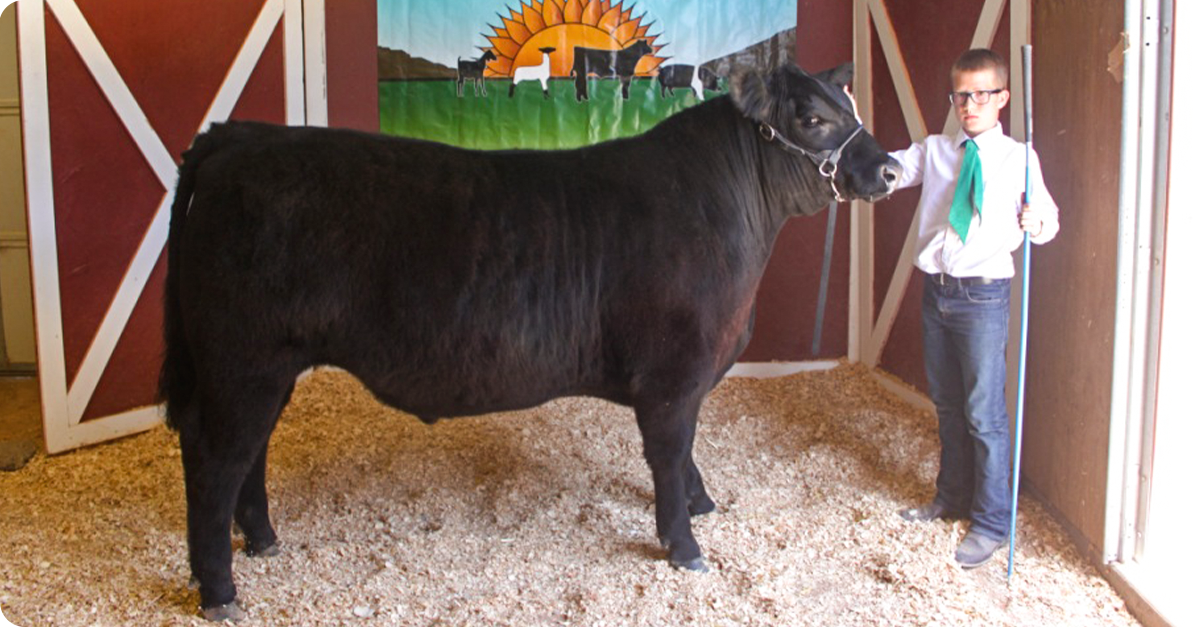 “He managed to keep control and placed first in his division. So, we celebrated and then realized he’d have to go back in a third time for the champion drive.” Wendy said, “His steer wasn’t named grand champion, but Mason and Black Jack showed better each time they went into the ring. He was excited about his first place ribbon and realized it was kinda fun to win, especially when you were expecting the worst.”

Mason went on to also win a blue bandin showmanship with Black Jack.

“It was a really good lesson in never giving up,” Wendy said.

“We just couldn’t believe it. We thought we’d be excited to get rid of that beast at market, but we realized all Mason learned from the experience and it wasn’t as easy as we thought. We still just smile about it.” 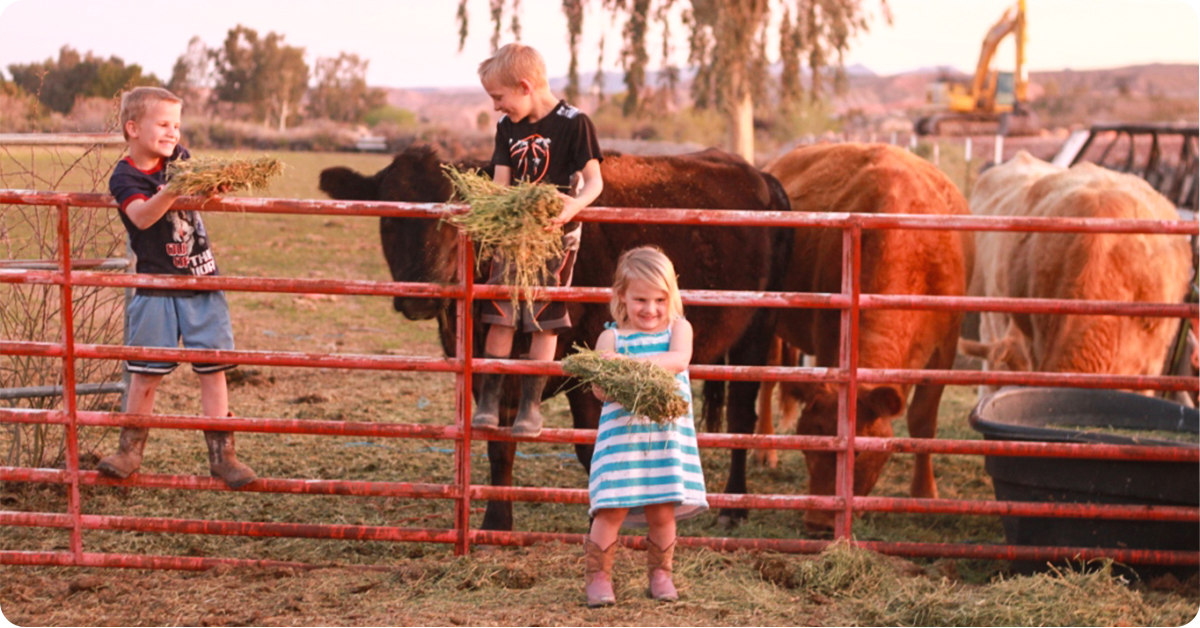 Sam said he appreciates coming to the IFA in Las Vegas for feed, supplies and especially the advice.

“We come to get grain from IFA, but there’s always something else we need like troughs or panels or vaccines for our horses,” Sam said. “I ask Jordan for advice a lot and he really helps.”

One of the best purchases the Wheelers made this spring was a blower to prepare the steer’s coats for showing.

“We were looking at some refurbished ones online, but Jordan was able to order us a new one at a comparable price,” Wendy said. “It will last a lot of years and help us with a lot of shows. When you use your Young Producers coupon and get free shipping, IFA really is the best place for 4H kids to succeed with their projects.”

Written by Stacie Duce and originally published in the IFA Cooperator magazine (vol. 83, no. 2) Summer 2017. Photos courtesy of Wendy Wheeler.