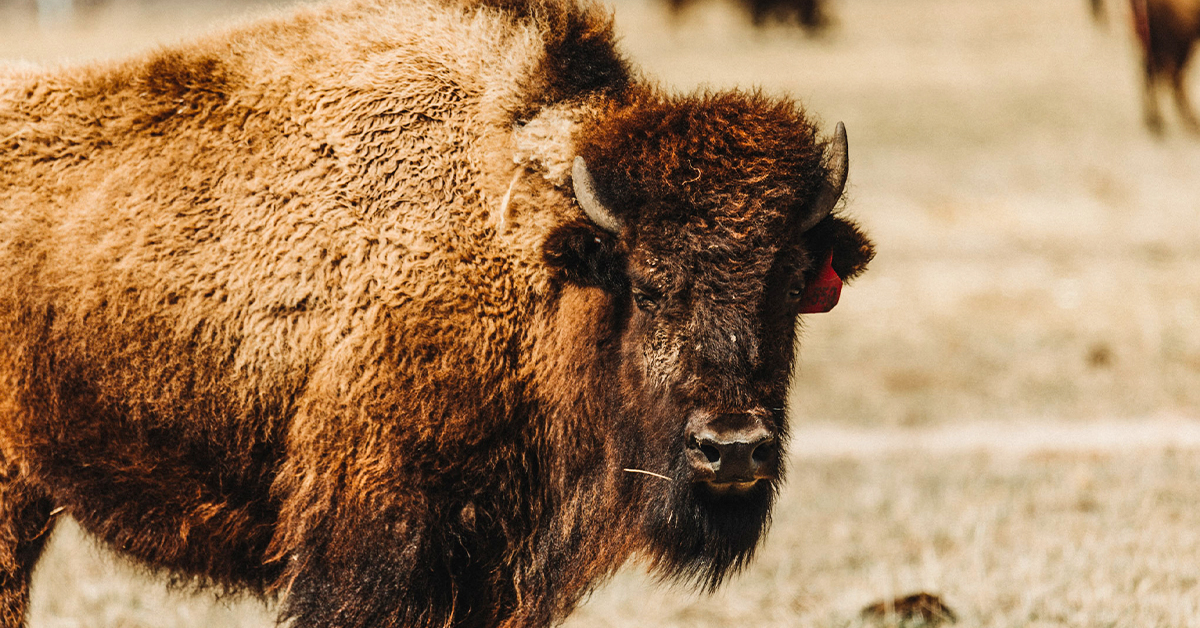 Like any multi-generational ranching operation, the dream was born with a story and grit. For the Ball brothers of Intermountain Bison in Idaho Falls, their Grandpa Roger Ball taught them about hard work and innovation in order to run a thriving operation into the 21st Century.

Roger Ball’s story began with a quest to sell palatable jerky from his processing plant in Salmon, Idaho. He progressed from cutting wild game to making jerky and mastered a recipe for shelf-stable meat with a much higher water activity level.

Roger introduced bison meat to his jerky line-up in the 1970s and was on the road to trade shows marketing his products all over the country.

“He revolutionized the jerky industry with his meat science background, oxygen absorbers and packaging. He created something that was actually enjoyable to eat and it changed the way everybody else made jerky.”
– Brigham Ball

In the present day

Just like their grandfather, Brigham and his brother Brock, along with a solid business team, are making a splash in the bison ranching industry as well.

“Intermountain Bison is one of IFA’s largest customers and youngest customers. They are raising bison on several ranches in the Swan Valley, Malad and Salmon areas of Idaho as well as South Dakota. IFA is sending minerals from our Lewiston Mill and commodities from our Trenton Mill and Dr. Jared Judy has worked closely on developing rations to help them succeed.”
– Rex Larsen

David Adams, President of Intermountain Bison, said they are very confident in their daily gains achieved at a reasonable cost thanks to IFA. Feed lot manager Brock Vadnais agrees:

“We’ve tried all sorts of things and eventually got the gains, but at an astronomical price. With Dr. Judy we are getting more gains for less, raising these unpredictable animals that are not domesticated.” 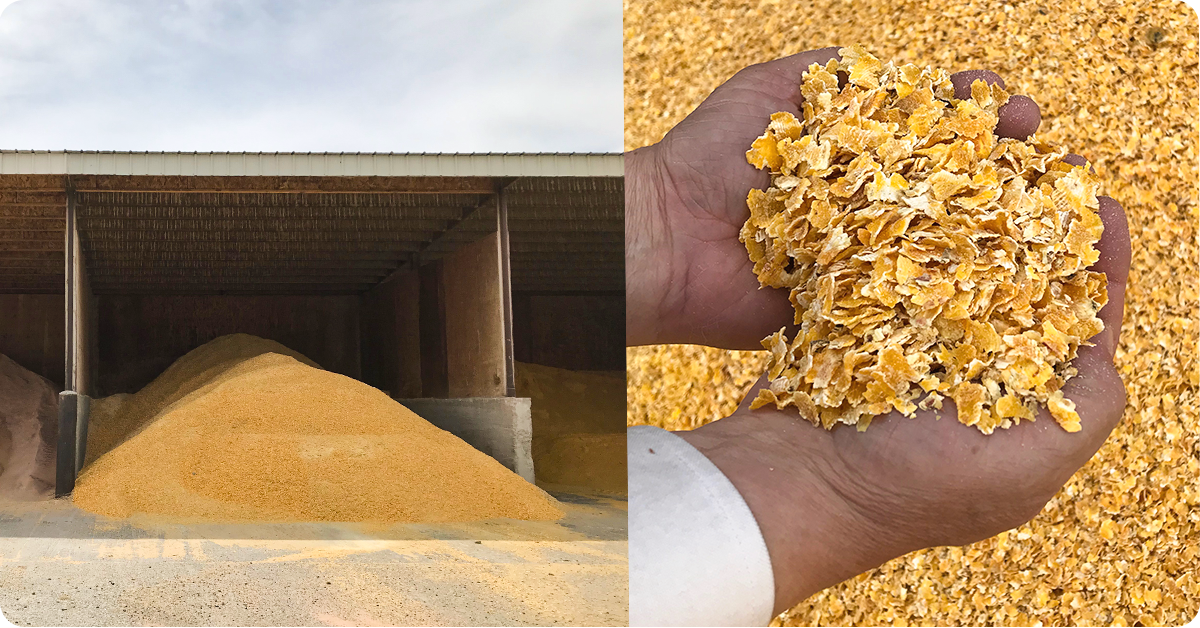 Bison ranching has its inherent challenges. The herds need adequate space to roam and strong iron fencing on the feed lots.

“We don’t mess with bison cows at all during calving,” said Brock. And they never wrangle the bulls on horseback. “They know how to use those horns,” he said.

Bison will easily follow a leader but may stampede as they move forward putting a rancher on the ground at high risk. Brigham explains: “You do have to know where to stand,” Brigham said.

“The cold doesn’t bother them as much as heat does,” he said. “When it’s really cold, the bison are running and calves are playing. They’ll lie on straw if it’s wet and muddy, but otherwise, they’re out on the snow in the winter. They are built for cold weather.” 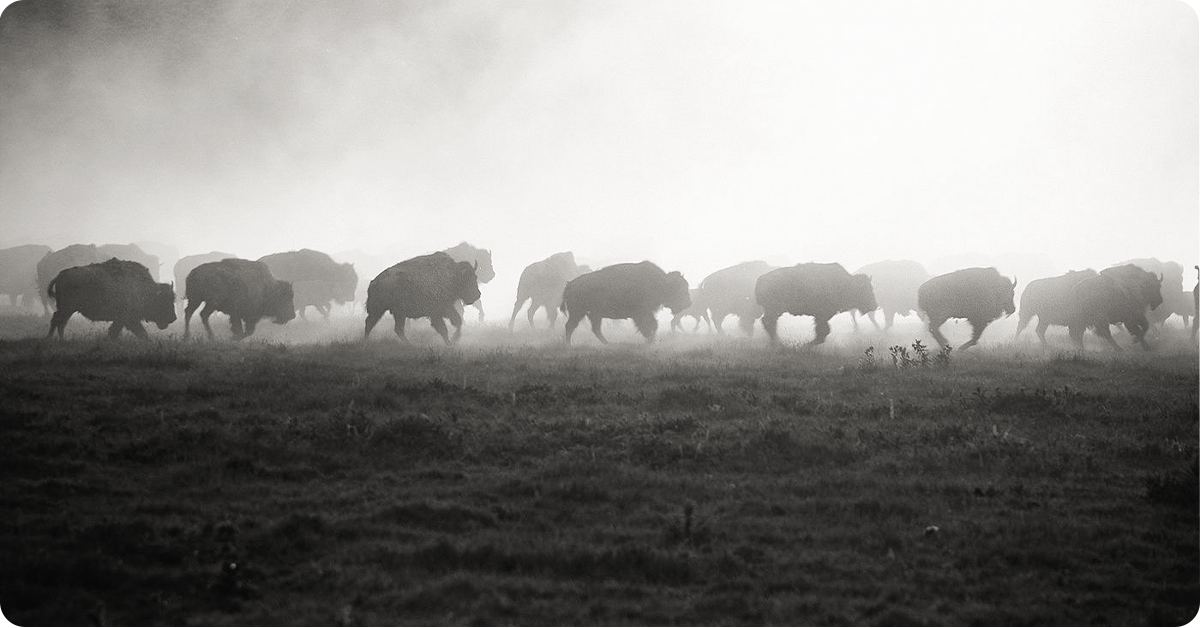 Rex Larsen first got acquainted with the Ball family when serving on an advisory committee with Roger Ball for the soon-to-be BYU-Idaho Animal Science Department and now enjoys working with his grandsons.

Rex remembers the story of a bitter winter in the Swan Valley when Roger thought he’d lost his entire herd under several feet of snow.

“I remember him telling me he went out to the field thinking he’d lost the entire herd—just mounds of bodies buried under snow overnight,” Rex said. “But then the bison heard him coming and they all stood and shook off the snow, ready to eat.”

“Having Rex and Jared available to call anytime and all the time has made all the difference for us,” Brigham said of his working relationship with IFA.

“We lean on their wisdom with many of our decisions to purchase commodities, diagnose problems or bounce ideas. I am not a farmer, so some things that come naturally to some, I have to lean on IFA to help make my decisions and we all appreciate that.” 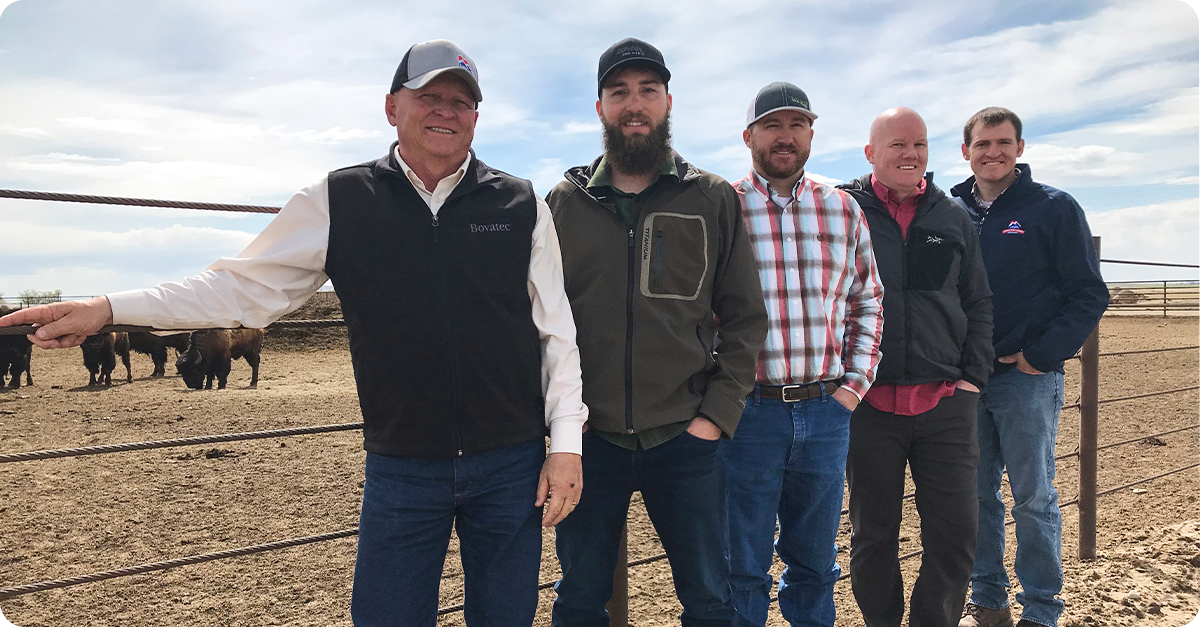 The bisons’ strength and tenacity match the Ball brothers who refer to themselves as “Bison Boys.” Their marketing opportunities have entered the world of reality media and they are in the midst of producing a docuseries on the perils and adventures of wrangling the mighty bison.

“We learned from our Grandpa not to be surprised by new ideas,” Brigham said. “He never stopped growing his business and we live by the same mantra that if we stop growing, we might as well quit.”

Today the Bison Boys manage herds topping 6,000 including breeding cows, yearlings, calves and bulls. They market their products across the spectrum—from jerky products sold in convenience stores to large distributors of fine dining menu items for those who want their specialty meats raised wild and free.

by Stacie Duce and originally published in the IFA Cooperator magazine (vol. 85, no. 2) Summer 2019. Bison photos provided by Intermountain Bison.