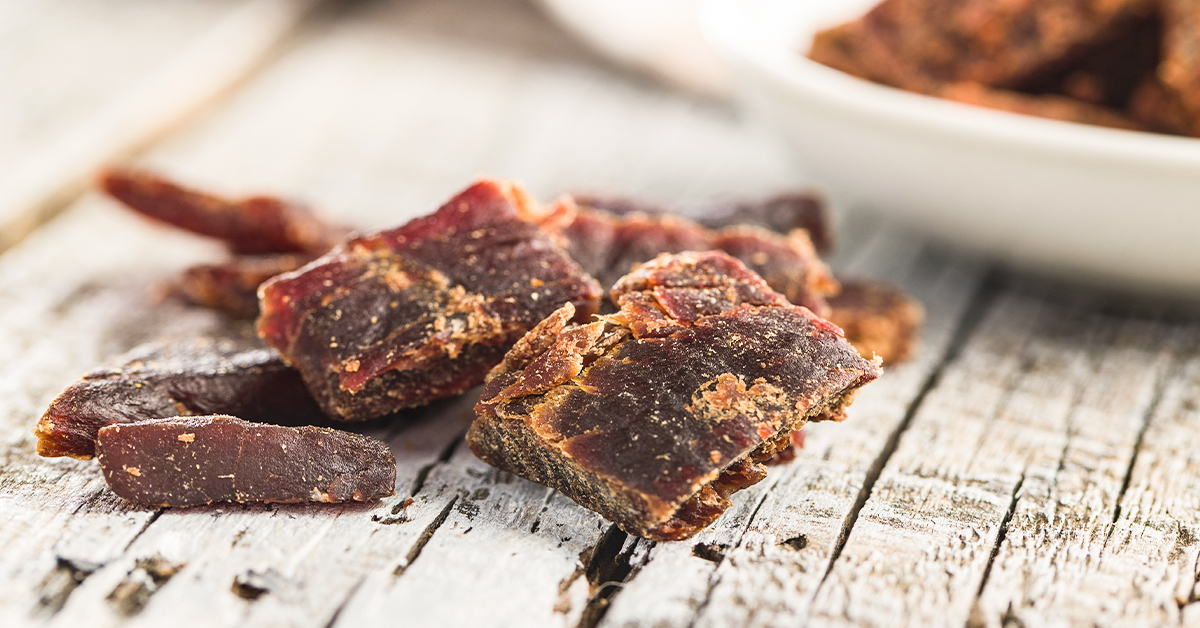 Hats off to the Roger Ball of Intermountain Bison, who mastered the technique of drying meat in his Salmon, Idaho, facility and then, according to his grandson Brigham, “revolutionized the jerky industry” with his production, packaging and distribution. Enjoy the Ball’s basic jerky recipe and use your favorite meat to try this age-old tradition.

Meat jerky is thought to have originated in South America during the 1800s. The Quechua tribe, who were ancestors of the ancient Inca empire, produced meat similar to modern-day beef jerky called charqui.

It was made by adding salt to strips of muscle tissue from game animals such as deer, buffalo, and elk, and allowing them to dry in the sun or over fires for extended periods of time. This method of preparation enabled the people to preserve meats during times when it was readily available and eat it when food was scarce.

When the Spanish encountered this method of meat preservation, they adopted it and made it available to the rest of the world. It became a staple foodstuff for American cowboys and pioneers. Early explorers built smoke huts and hung cuts of meat over a fire to smoke cure the meat. True jerky was made when the meat was first flavored and then cured. Over the years, people discovered that the meat could be made more palatable by the addition of various spices.

The recipe, story and photo are courtesy of the Ball family, owners of Intermountain Bison. To read more about their story, see Wrangling the Beast.